10 Of The Most Powerful Families In The World The family is the largest private employer in the second most populated country in the world. Its influence runs from real estate, construction, manufacturing, automobiles and textiles. It was responsible for some of India’s energy plants and airlines. And all of these started with a few cotton mills that the family invested upon. They produce the cheapest car in the world, but the family is certainly one of the wealthiest. When you control a significant stake in the companies that own a huge percentage of all the mineral wealth in the world, then you know you deserve to be on this list. The Oppenheimers owned De Beers and Anglo American, which mine pretty much the world’s supply of diamonds, gold and platinum. While the family has sold most of its shareholdings in De Beers, there is no denying its clout that they have been trying to put to good use by introducing local investment opportunities in their native country.

What is a top ten list of richest families in the world without the Rockefellers? The family can trace its wealth back to the 19th century when they ruled the oil business. Their control of the entire industry was so tight that the antitrust law was crafted to break up their business, as they had virtually monopolized the trade. Up to now, their influence can still be felt through the giant financial institution called JP Morgan Chase.

Porsche is one of the dream sports cars, while Volkswagen is known as a people’s car. The two are actually sister companies. The current head of Porsche is a man named Ferdinand Piech, grandson of the creator of the super car. His wife, on the other hand, controls Volkswagen. Yes, this publicly owned multinational company is actually controlled by just one family. The family is Europe’s largest and oldest royal house. Back in the days when much of the continent was ruled by monarchy, the Capetian family held sway in several countries. Their bloodline has seen three Latin emperors and nine kings of Portugal. The family is also known as the House of France, as 40 French rulers came from their blood, including the modern heir to the throne. While France is now a republic, the Capetians can still count on Spain and Luxembourg, as King Juan Carlos and Grand Duke Henri both belong to the clan.

Ever wondered why a lot of streets, buildings and suburbs in New York are named Astor or Astoria? That is because they were named after the Astor family, who was once known as the Landlord of New York. They were responsible for building a lot of hotels and residential blocks, and even the New York Public Library. They started out in the fur business in the 18th century, but soon started investing in real estate. They have since crossed the pond, with an Astor getting a seat in the British House of Commons. Some have even gotten noble titles. 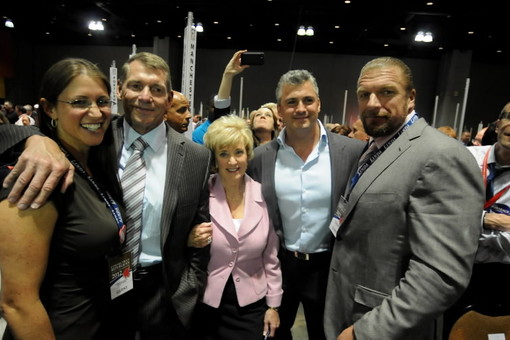 We might think of professional wrestling as nothing but slapstick fun disguised as sports, but the McMahons have elevated this kind of entertainment into a billion-dollar enterprise. The wonderful thing about the family is that they are not averse to playing a role in front of the camera, even if it would open them up to scorn and ridicule from wrestling fans. Then again, what are scorn and ridicule if it would also open up the door to tons of money for their bank accounts? Their company, World Wrestling Entertainment, has gotten so huge that they have gobbled up erstwhile competitors like WCW and ECW.

Remember the Corleone family of New York in the epic Godfather series, and how they ventured into the casino business in Nevada? The Genovese family, the most powerful of all the mob families in the east coast, inspired that story. Founded by Lucky Luciano in the early part of the 20th century, it has since extended its control on organized crime from New York to Chicago. Bugsy Malone opened the first casino in Las Vegas only after getting the go-signal from the Genoveses. 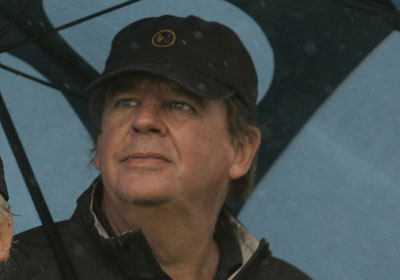 It started out with a small cigarette company back in 1941. From that miniscule investment, the Ruperts have now become a billion dollar corporate empire. Luxury brands like Cartier, Monte Blanc and Dunhill are part of their conglomerate under the Richemont banner. They also control the investment group called Remgro. The family also has a huge stake in the wine and brandy business, controlling nearly a fifth of South Africa’s wine market and up to 80 percent of all brandy sales. And talk about keeping the wealth within the ranks of the wealthy, the family’s wine business is in partnership with the Rothschilds. The Ruperts also own the Mediclinic chain of private hospitals. You know you got it made when the price of gold is determined everyday within the confines of your office. That office belongs to the Rothschilds, one of the richest families in the world that used to own the mining giant called Rio Tinto. They also own a significant chunk of shares in Glenncore, and they still control the financial giant called RIT Capital Partners. Their wealth can be traced to way back in the 18th century when a Rothschild entered the banking industry. Their influence was cemented when they helped pay for the war efforts of Britain against Napoleon. A Rothschild descendant can be found even among the nobilities of Britain and Austria.

I guess these are the people that are in the Illuminati. I'm surprised that the Al Sauds aren't included.