Viral Video of a Woman Asking 100 Men for Sex

soul rattler Chief Petty Officer of the Ill Community Naval CommandHOOYAHMembers Posts: 18,852 ✭✭✭✭✭
April 2015 edited April 2015 in For The Grown & Sexy
What would happen if a complete stranger walked up to you on the street and offered you sex?

YouTube star Andrea Wendel did just that in a new video, asking 100 men on the street to have sex with her after not much more than a greeting.

Not surprisingly, Wendel got a number of "Let's go" and "I would love to" responses from many men.

Wendel got 30 men to agree to have sex with her, while 70 declined.

The myth of men always wanting sex more is rooted in skewed notions of sex drive. As Ian Kerner, author of She Comes First: the Thinking Man's Guide to Pleasuring a Woman, told Salon, "I would say that women tend to experience 'responsive desire' ... while men experience 'spontaneous desire.'" The more random nature of men's sex drives, Kerner said, can make it appear as though they want it more often.

Yes, Wendel's targets might have offered less flattering answers had she approached them in, say, a dark club on a Saturday night rather than in on the street in broad daylight. But the truth remains that men are more than walking sex drives and women are far more than goalkeepers of sex. Seeing that fact any other way undercuts and undervalues sex for both men and women — no matter who's asking for it. 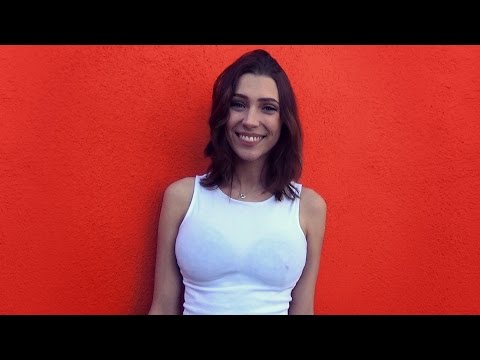