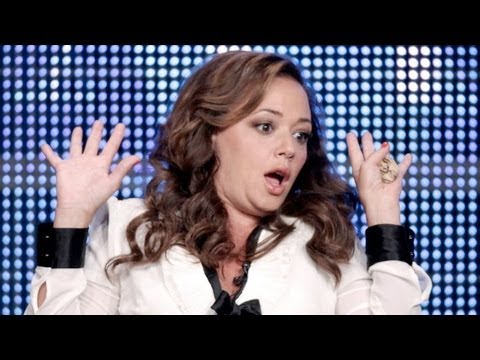 Actress Leah Remini left the Church of Scientology two years ago and is still dealing with the aftermath, she said.


Leah Remini said leaving the Church of Scientology was a difficult move and she is still dealing with the consequences — but she did it all for her daughter.

“The King of Queens” star said she decided to leave the church nearly two years ago when she realized she was spending more time on the religion than she was on her daughter, Sofia.

But her family is still adjusting to life outside of the church, she said. Remini grew up in Scientology, and leaving the only religion she had ever known is difficult, she said on Oprah Winfrey's “Where Are They Now?”

Remini was born into Scientology. Her mother, a devout member, spent hours every day reading and worshiping, she said.

"I don't think people know the amount of dedication it takes to be in this organization," she said. "I mean it was every day, three-and-a-half hours minimum, seven days a week usually.”

Remini followed in her mom’s footsteps, and spent hours every day with the church.

She made time for the religion every day, even on family vacations. During a trip to Florida, Remini said she chose to read and study instead of going to watch her daughter swim for the first time ever — that’s when she knew she had to leave, she said.

“The moment hit me that I was now doing the same thing to my daughter,” she said. “My mother sent a message to me that what she was doing was more important.”

Remini broke ties with the church in July 2013 and criticized its leader. The move polarized her family, she said.

The actress said she once saw her goddaughter in the street. She went to say hello — but the goddaughter’s mom turned her back to Remini.

“Our decision to leave the organization — it's not just something you get over,” she said.

Remini is still growing into her life without Scientology, she said.

Remini said she was raised in the church.


“When you are raised in something, and you are taught to think a certain way, a lot of times you grow up thinking, 'That's the way I think.' I'm learning there's a new world out here, and there shouldn't be any kind of judgment toward somebody who has a belief system that is not yours,” she said.

Remini’s interview comes on the heels of a new documentary that accuses the religion of abuse. “Going Clear: Scientology and the Prison of Belief,” which debuted in March, claims members have been physically abused and blackmailed if they sought to leave.

John Travolta, one of the most famous Scientologists, called the allegations “hearsay” and said he will not watch it.
0 · Share on TwitterShare on Facebook