All New All Different Marvel

nicky the don Members Posts: 502 ✭✭✭
June 2015 edited June 2015 in Quite Comical
After Secret Wars, Marvel will go to a "tv seasons" type of publishing. All books will start with #1. Some characters will hold over from Secret Wars into the new Marvel Universe, some will change. 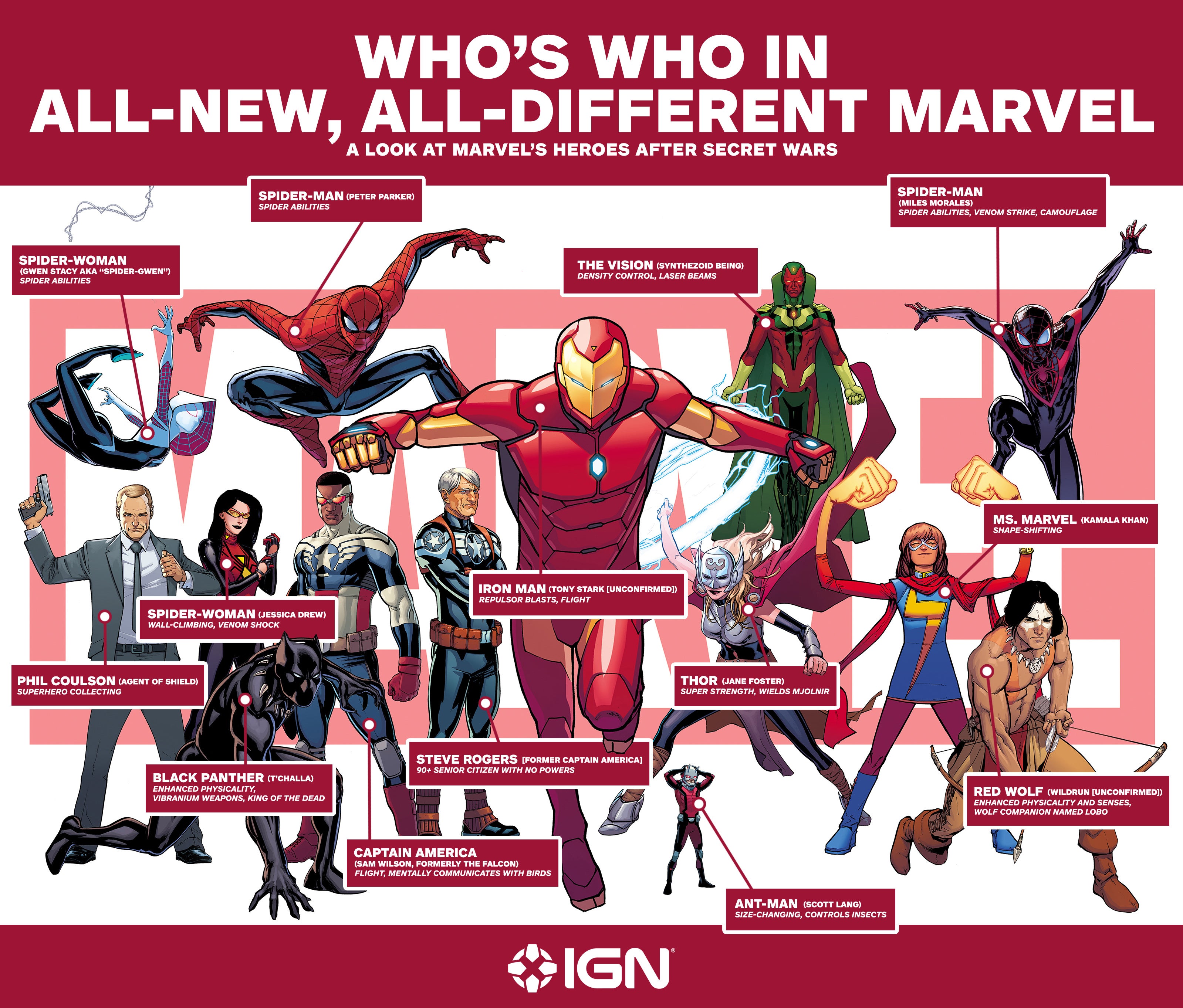 Above Pic
Doctor Spectrum of the Great Society, a holdover from Jonathan Hickman's "Avengers" run

While it may not look like him, Marvel has confirmed that that is the Inhuman Karnak rocking a street-level look

"Inhuman" protagonist Inferno and, just on the other side of Iron Man, an unchanged Inhuman ruler Medusa

Daredevil sporting a new black and red costume, possibly a nod to the dark duds the Man Without Fear wore in his Netflix series

X-23 -- confirmed by Marvel -- in her new Wolverine-esque suit

Star-Lord, same as before "Secret Wars"

A mostly unchanged Doctor Strange, except this time carrying a massive battle axe

And Old Man Logan, possibly one of the characters surviving Battleworld and continuing on into the new Marvel U

A new Hulk not Banner (could be female)

Spider Gwen will stay in her own universe, but come back and forth