From the OC Weekly:

The Weekly has received footage from a recent marijuana dispensary raid that appears to show Santa Ana police officers eating 🤬 candy and throwing darts after destroying–or so they thought–all the surveillance cameras inside the cannabis shop.

The video footage shows an officer stuffing something into his mouth and handing something to another cop, who asks him “What flavor?” The officers then laugh. The footage is too grainy to be certain that the item that the officer picks up from the counter of the cannabis shop is in fact a 🤬 edible, although the behavior of the officers suggests this is the case.

Also in the footage: a female police officer joking that she wanted to kick Marla James–a marijuana activist and wheelchair-bound amputee who was present during the raid–in her “nub” . . .

Other footage obtained by the Weekly shows police officers, some of whom are wearing ski masks, battering down the dispensary’s front door and then storming the establishment with guns drawn. The footage also shows the officers using a crowbar to dislodge various surveillance cameras and a DVR machine.

See the videos below.

Apparently, Santa Ana just awarded medical marijuana licenses to 20 dispensaries drawn from a lottery. This dispensary was not one of the 20. Hence, the raid. But a judge had also just issued a temporary restraining order in response to a lawsuit from the dispensaries that weren’t chosen. So it’s not entirely clear that this dispensary was breaking the law.

But even if it was, the casual thuggishness and cruelty on display here are really appalling. What justification is there for these cops to destroy the surveillance equipment? And why the face masks and commando tactics? The police department says the video has been edited. But it’s hard to imagine an unedited video that makes this any less outrageous. And if additional video would have provided the context to explain the officers’ behavior, I guess it’s unfortunate for them that they destroyed the other cameras.

In free societies, the people give the government permission to use force and violence to protect them from threats. The argument for the use of “dynamic entry” tactics to serve drug warrants has always been that drug dealers are uniquely dangerous and likely to be heavily armed. Therefore, the argument goes, the police need to use overwhelming force and utilize the element of surprise to protect their own safety.

There are good rebuttals to these arguments, but in this case, we don’t even need to get that far. This wasn’t an underground criminal enterprise. This was a business. There may be some question about its legality at the moment, but it was operating openly. Its owners posed no threat to these cops. They even had asked their own attorneys to be on site to observe.

No, the commando tactics here are nothing more than violence for the sake of violence. This was about intimidation. It was about making an example of the dispensary’s owners and employees. This has always been the case, going back to the first federal raids on 🤬 dispensaries in California in the 1990s. The owners, employees and customers of medical marijuana growers, dispensaries and treatment centers have never been a threat to the safety of drug agents. But the culture of drug cops has been dehumanizing 🤬 users for decades. And once you no longer believe the suspects you’re dealing with are human beings, you’ll feel no qualms about raiding these businesses as if they were Islamic States operatives, about wearing masks to ramp up the intimidation, about needlessly destroying property, and, in this case, about mocking an amputee like some schoolyard bully. 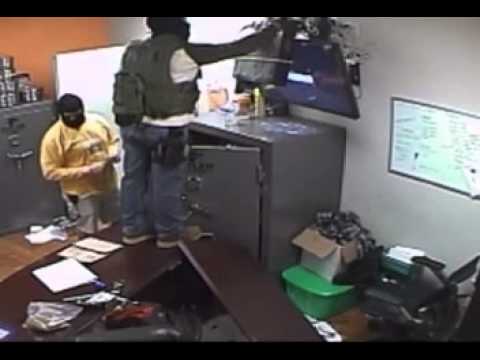 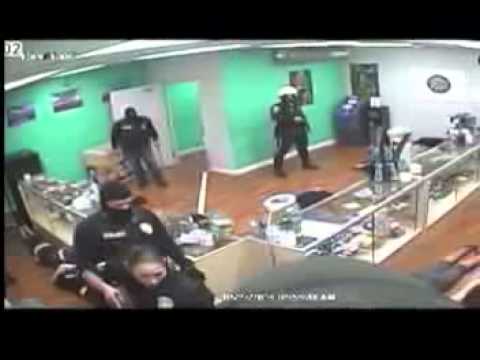