Bernie Sanders Scolds Reporter for Hair Remark: ‘Do You Have Serious Questions?’

After asking Sanders about his professed socialism and his brush with #BlackLivesMatter protests, 🤬 moved on to the really important issues. “Do you think it’s fair that Hillary’s hair gets a lot more scrutiny than yours does?” she asked.

“Hillary’s hair gets more scrutiny than my hair?” he responded. “Is that what you’re asking?”

“O.K., Ana, I don’t mean to be rude here. I am running for president of the United States on serious issues, O.K.?” Sanders shot back. “Do you have serious questions?”

“I can defend that as a serious question,” 🤬 responded. “There is a gendered reason– ”

“When the media worries about what Hillary’s hair looks like or what my hair looks like, that’s a real problem,” Sanders cut in. “We have millions of people who are struggling to keep their heads above water, who want to know what candidates can do to improve their lives, and the media will very often spend more time worrying about hair than the fact that we’re the only major country on earth that doesn’t guarantee health care to all people.” 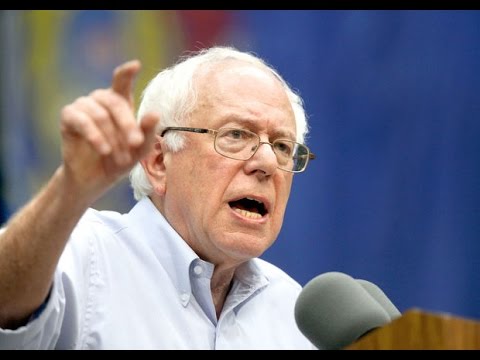 Things like this are reasons why I support a Sanders nomination. It's refreshing to see a political candidate that doesn't put up with the media's fuckery. He always keeps the conversation on the issues.

What say you? Was he rude in his response to the reporter or was he correct for setting her and her peers straight in regards to what will be tolerated in interviews with him.
23 · Share on Facebook