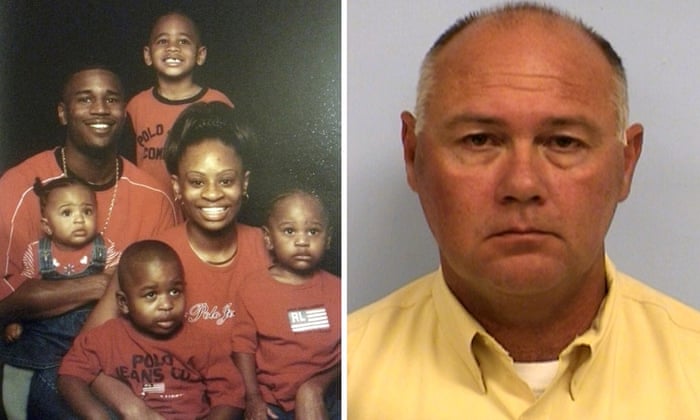 A police officer in Texas who was being criminally prosecuted for shooting dead an unarmed black man has persuaded a judge to throw out the charge against him by arguing that he enjoyed immunity under the US constitution.

Charles Kleinert, who killed Larry Jackson Jr while serving as a City of Austin police officer, will no longer face a manslaughter trial after a federal judge ruled on Thursday that Kleinert had protection from state charges because he also worked for a federal taskforce.

Judge Lee Yeakel ruled that Kleinert was shielded by the supremacy clause of the constitution when he shot Jackson in the neck during a struggle at the end of a pursuit in July 2013. Kleinert, 51, was indicted for manslaughter by a grand jury last year. He claimed that he fired his pistol accidentally and had intended instead to strike Jackson with the weapon.

Yeakel said the Texas courts had no jurisdiction over Kleinert because he had been investigating an unrelated bank robbery for his federal task force when he began to chase Jackson, and because he believed his actions against the 32-year-old “were no more than was necessary and proper”.

The decision was described as a “complete outrage” by Adam Loewy, an attorney for Jackson’s family, who said he planned to respond by pleading with the US Department of Justice to bring an unlikely federal prosecution against Kleinert.
“This is a legal technicality that will allow a killer to walk free,” Loewy said on Thursday evening. “It is one of the most horrendous moments in the history of civil rights in this country.”

The supremacy clause of the constitution says federal law “shall be the supreme law of the land” and takes primacy over state law. In 1890 special deputy US marshal David Neagle succeeded in having a murder charge against him in California thrown out by arguing to the US supreme court that thanks to the supremacy clause, a federal officer enjoyed immunity from state prosecution for carrying out “necessary and proper” federal duties.

Eric Nichols, an attorney for Kleinert, said in a statement that the court’s decision was “100% correct” and the prosecution “should never have been brought”. Nichols suggested Texas prosecutors had attempted to “second-guess, Monday morning quarterback or micromanage the conduct of a federal officer”.

The state prosecutors had argued that Kleinert was operating as an Austin police department detective when he decided to pursue Jackson, who had abruptly fled after trying to enter the locked door of the bank where Kleinert was collecting surveillance footage of the earlier armed robbery. It was suggested that Jackson may have been attempting to cash a fraudulent check.

The judge agreed with Kleinert despite the fact he flagged down a car and yelled at the driver: “Austin police – stop!” and showed her his Austin police ID badge before ordering her to help him chase Jackson. According to Kleinert’s attorneys, at the time he was on full-time assignment to the taskforce and used office space at the FBI’s Austin bureau.

When the driver asked if Jackson was dangerous, Kleinert replied: “No.” After getting out of the car and chasing on foot Kleinert caught up to Jackson and struck him twice before firing his gun, which he claimed was accidental.

Texas prosecutors said Jackson was “unarmed, fleeing and posed no threat of serious physical harm to anyone”, and that Kleinert’s actions violated Austin police policies.

The use of the supremacy clause to have charges against law enforcement officers thrown out has been seen most notably in the cases of full agents of the FBI or other federal agencies. In 1998 a federal judge cited the clause in dismissing an involuntary manslaughter charge against an FBI sniper who six years earlier had killed Vicki Weaver, the wife of the white separatist Randy Weaver, during the siege at Ruby Ridge, Idaho.