Video: The Associated Press takes a deep, dark look at 🤬 and other sex crimes by U.S. police...

Former West Sacramento, California, police officer Sergio Alvarez is serving 205 years to life in prison after being convicted last year of kidnapping five women and 🤬 or otherwise sexually abusing them while on duty, The Associated Press says, and Alvarez is hardly alone.

"A yearlong Associated Press investigation illuminated the problem of 🤬 and sexual misconduct committed by law officers in the United States, uncovering about 1,000 cops, jail guards, deputies, and others who lost their licenses from 2009 through 2014 for such incidents," report AP's Martha Irvine and Scott Smith, and "there are most certainly even more than that, because some states did not provide records and others, including New York and California, said they do not decertify officers for misconduct."

AP looked at 9,000 cases in 41 states where police were decertified — stripped of their license to work — and found that 1,000 were due to sex-related cases. But previous studies have found similar sexual misconduct, including an analysis by Bowling Green State University's Phil Stinson that found sexual misconduct the No. 3 reason police were arrested from 2004 to 2011 (after violence and crime for profit), and a Cato Institute report found that sex-related malfeasance was the No. 2 reason for complaints against officers in 2009 to 2010.

In 2011, the International Association of Chiefs of Police issued a report spotlighting the problem and its causes, including putting authority figures on patrol alone at night, budget cuts that reduced supervision, misuse of electronic equipment meant to hold officers accountable, and a male culture where inappropriate sexual behavior was ignored or accepted. For more about Alvarez, the festering problem of police sex abuse, and what some officials are doing to 🤬 down on it, watch the AP report below. Peter Weber 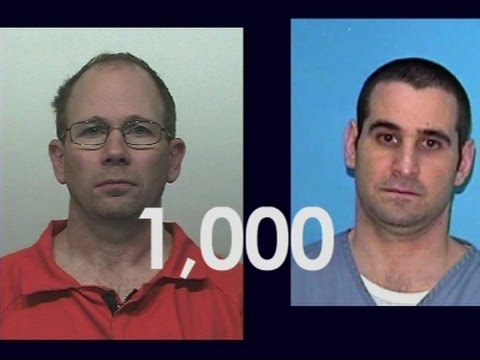