MrCrookedLetter Unless You Play Smart, Follow Your Mind Also Your Heart, The Perfect BalanceMembers Posts: 22,376 ✭✭✭✭✭
January 2016 edited January 2016 in From the Cheap Seats

J. Prince has a reputation of being a ruthless label boss. He’s also a boxing manager, and a young Floyd Mayweather was one of his clients.

Mayweather got new management in 2003, and then set up a fight with famed promoter Bob Arum.

In an interview with Highly Questionable, Arum explained what happened next. A bunch of goons came into his gym, and sent a message to Mayweather.

Some people came over – with or without the knowledge of James Prince — and preceded to break a couple heads of people in Mayweather’s camp with baseball bats. And so the gym was splattered with blood. And Floyd came in to my office the next day and said Prince wants the money from the fight that’s coming up.”

So Arum cut Prince a check for 600K, which would have been his fee if he was still managing Mayweather.

Arum went on to say that he’s dealt with Prince since, and has always found him to be a professional and a man of his word. He added that whatever happened between Prince and Mayweather was their business, and he’s too smart to get involved sorting it out. 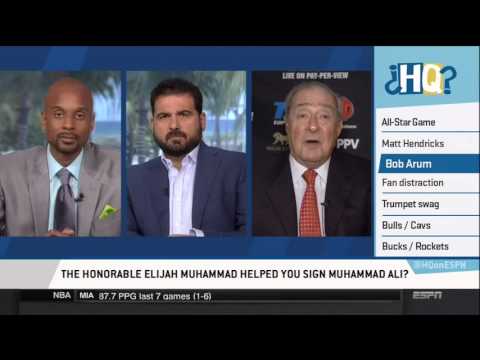