PARENTS WERE KILLED BY POLICE WHILE SLEEPING IN A CAR

MasterJayN100 real niggaz move in silenceSomewhere in this Big Ol WorldMembers Posts: 11,845 ✭✭✭✭✭
February 2016 in For The Grown & Sexy 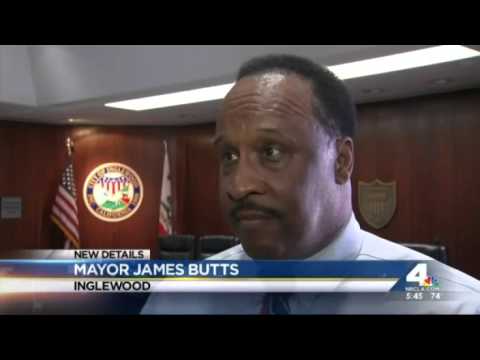 Marquintan Sandlin, 32, a single father of four daughters, and Kisha Michael, 31, a single mother of three sons, were killed by police while sleeping in their car.

Like any parent. at times, you need a break from your children. The devoted parents, Marquintan Sandlin and Kisha Micheal arranged for family members to watch their children as they went out for a date. No one imagined that they would be killed by the police.

Apparently, officers received a call that a suspicious vehicle was parked on Manchester Boulevard around 3:10 am in Inglewood, California. When the police arrived, officers asked the victims to exit the car. Feeling threatened, police opened fire on the couple killing them. Now, the families want to know why and they are outraged because the police are not giving them answers

According to NBC Los Angeles, Mayor James Butts mentioned in a press conference that officers attempted to rouse the victims in an attempt to deescalate the situation.

“Obviously at some point they were conscious because somebody felt threatened,” said Butts, a retired law enforcement officer who previously had served as police chief in other cities. He said it is important for police to finish their investigation, and verify facts, before commenting further. The family members don’t believe that Micheal or Sandlin had weapons. Was it possible that the victims didn’t hear the police because they were sleep? While both victims had brushes with the law, family members say that were devoted to their children and staying on a positive path. Sadly, there are children who now have to grow up without their parents.

Our thoughts and prayers are with the victims’ families