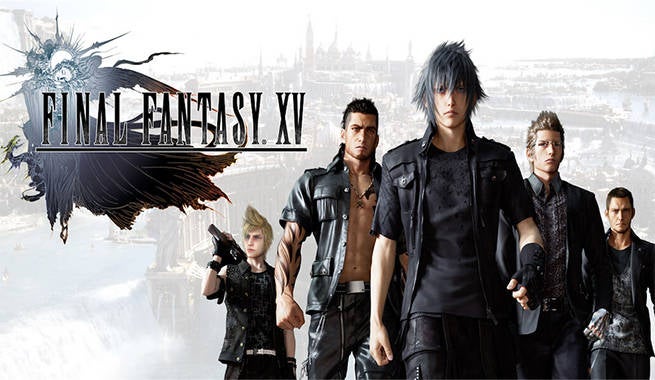 Final Fantasy XV finally has a release date. At a special "Final Fantasy XV Uncovered" event in LA, Square Enix announced the long awaited next installment of the Final Fantasy franchise would be released on September 30, along with several surprise tie-in pieces of media. In addition to the release date, Square Enix also announce a tie-in anime series and animated movie, both of which will help flesh out the world of the game.

The anime series, called Brotherhood, will be released on YouTube and will explore the relationship between Final Fantasy XV's main character Noctis and his three companions. The first episode of the anime is available to watch now, and Square Enix promised an additional four episodes before Final Fantasy XV comes out in September.
Square Enix also announced a full length feature CG movie called Kingsglaive, which will act as a companion piece to Final Fantasy XV. Starring Lena Headey, Aaron Paul and Sean Bean, Kingsglaive will explore Noctis's home kingdom of Lucis during the events of the game. While no premiere date was announced, Square Enix stated that Kingsglaive will be released prior to Final Fantasy XV. A full trailer for the movie can be seen below:

In case a tie-in movie and anime series wasn't enough, fans can also download a demo for the game, which features Noctis as a child. The demo is free to download starting today on PS4 and XBox One. Fans who beat the demo will unlock a special animal companion on Final Fantasy XV.

Other tie-ins to the game include a mobile game, Justice Monsters Five, and several limited edition collectors' games.