bad Driving 101What type of driver are you?

luke1733 Members Posts: 1,490 ✭✭✭✭
April 2016 edited April 2016 in AKA Donkey
I know I'm not talking to anyone on AHH, even though this happens everytime on the streets, but I'm talking to y'all-to those who don't know the rules here we go: The Vent is Open: What the f* are y'all thinking?
Pick a number for what type of driver you are: I'm more type1

2-drivers who go 60mph on hwy until I am in the next lane about to pass them then they speed up to the 80mph I'm going and act as if they didn't just randomly decide to go 20mph faster.

3-drivers who like to drive beside you in your blind spot for five minutes, hoping you don't see them and some hoping you hit them or that if the cops come they'll get me first if we're both doing about 85

4-drivers who want to go 100 mph and expect you to see them or respect their lane switch.

5-drivers who ride your bumper when you're in the slow lane going 70mph and want you to go faster.

6-drivers who drive with their bright lights on (even those who do it b/c one of their regular lights don't work).

7-drivers in the fast lane going slow until you get behind them, then they speed up

8-drivers who get scared at an intersection when you are about to make a right turn and they're about to make a left in the opposite direction and they fear you are going to hit them so they blow their horn or stop halfway in the middle of the street.

9-drivers who can't stay in their own lane.

10-cell phone drivers who are paying no attention to the road and miss green lights.

11-drivers who slam their brakes on the highway or street for no reason & don't know that half the time all they have to do is take their foot off the gas,not brake.

12-drivers who brush their hair, put on make-up, eat, or too busy talking to passengers in their car to drive and do all the numbers listed on this list in two minutes.

I know y'all have road rage so let it out, but when I'm driving it's just me trying to get somewhere. It seems like for some driving that passing someone or switching lanes is taken personal. F* the feelings. Just an everyday observation

And to all those drivers with the steering wheel high for your girl's easy access.....chuck a deuce 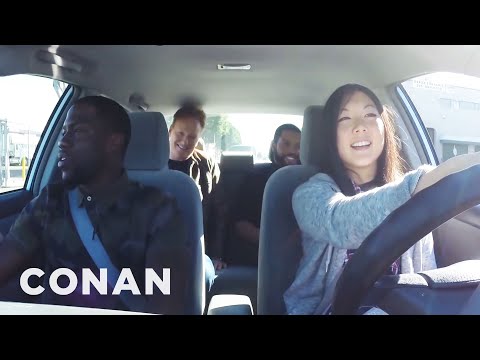