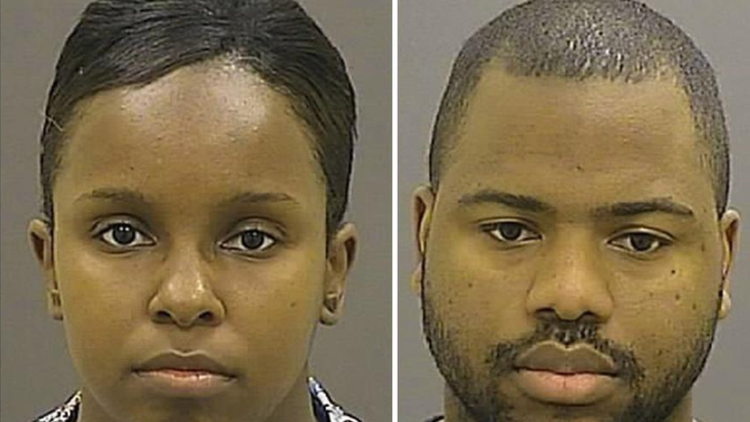 Sgt. Alicia White and Officer William Porter, who are both facing charges of involuntary manslaughter in the 25-year-old's death last April, filed the lawsuit against Mosby, Baltimore Sheriff's Office Maj. Sam Cogen, and the state of Maryland in Baltimore Circuit Court on May 2, records show.

The officers claim Mosby and Cogen knew the statement of charges filed against the officers and other statements made by Mosby at her May 1, 2015 news conference announcing the charges "were false."

"These among other statements were made not for the purpose of prosecuting crimes that had allegedly been committed by White and Porter, but rather for purposes of quelling the riots in Baltimore," the suit alleges.

The officers had asked that the lawsuit be sealed to "avoid any suggestion" that they were "not complying with the spirit of" a gag order issued in their criminal cases by Circuit Judge Barry G. Williams, and to "avoid any additional pretrial publicity in connection with their upcoming criminal trials." They said they had to file the lawsuit earlier this month because of statute of limitations concerns.

The lawsuit lists the officers' attorney as Michael E. Glass, who could not be reached for comment.

Mosby, who announced the charges one day after receiving the official police investigation into the incident, said that she had conducted her own independent investigation with the help of the Sheriff's Office. Cogen signed and filed the initial charging documents in the case, outlining the state's probable cause.

They have previously accused Mosby of "overzealous prosecution," saying she improperly discussed the charges when she announced them on the steps of the War Memorial, and asked her to recuse herself and her office citing conflicts of interest.

Last summer, the officers' attorneys sought to subpoena Cogen to appear at a hearing to testify and produce a range of documents pertaining to the alleged investigation. They also asked for any correspondence he had with Mosby's office regarding the investigation, including "emails, letters, voice mails, and text messages."

Prosecutors responded by saying the subpoena was wholly inappropriate, and that they had already provided everything from the investigation that the defense was privy to. Cogen never testified.

In their 26-page lawsuit, White and Porter ask for more than $75,000 in damages for each of four counts — two of defamation and two of invasion of privacy and casting them in a false light. They outline in 141 numbered points what they say their roles in the incident were and the ways in which they allege Mosby and Cogen violated their rights.

They say Mosby and Cogen had a duty not to criminally charge them "when such charges were unsupported by the facts and evidence," as well as a duty "not to publish false statements" about them.

Through Mosby's statements, they claim their "character and reputation ... were harmed, their standing and reputation in the Baltimore City Police Department and the community at large — locally, nationally, and internationally — were impaired, [and] they continue to suffer mental pain and anguish, and humiliation."

The officers note that they were placed on administrative leave without pay by the police department, and say they "have suffered, and continue to suffer, monetary damages in the form of lost income, lost raises in salary, and lost promotions."

They claim that Mosby violated professional rules of conduct by offering extrajudicial statements during her announcement of the charges against the officers on May 1, and "knew or should have known" that she was doing so.

White and Porter also repeat the earlier claim made by attorneys for the six officers that Mosby and the Sheriff's Office "did not do any investigation whatsoever" before announcing the charges, other than to review the officers' recorded statements to police. They claim Mosby improperly directed Cogen to file the application for charges against the officers despite knowing that "no probable cause existed."

The officers have demanded a jury trial in the case.