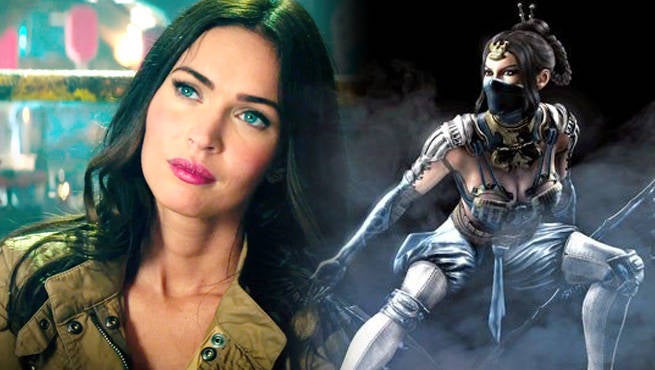 Megan Fox graces the big screen yet again as April O'Neil in the upcoming Teenage Mutant Ninja Turtles: Out of the Shadows, but that isn't keeping her from looking forward to other possible projects.

In an interview with Cinepop, the actress was asked: "if you could play a superhero in the movies, which one would it be?"

"I've been getting this question a lot and I should think it about it more because I keep drawing a blank. I don't have a specific superhero that I think I should play. I'm sorry I don't have a better answer for you I don't know."

While there wasn't a hero that sprung to mind, there did happen to be a villain.

"I thought of Kitana from Mortal Kombat if they ever make that movie again. I've always loved her fans and the blades, um, but that's the only one I could think of."

James Wan (Fast And Furious 7, Invocation of Evil) is attached to the newest entry in the franchise, simply titled Mortal Kombat. The previous word on the project is that it is a complete reboot, and won't include any of the events of the previous films. In fact, it is being called a departure from the mythology. The film is being written by David Callaham and Oren Uziel.