illestni99ainne I let ur gal suck me off from da back and ur moms giv me cornrows on my crack cuz Im nasty like thatMembers Posts: 5,365 ✭✭✭✭✭
June 2016 in Lights, Camera, Action! 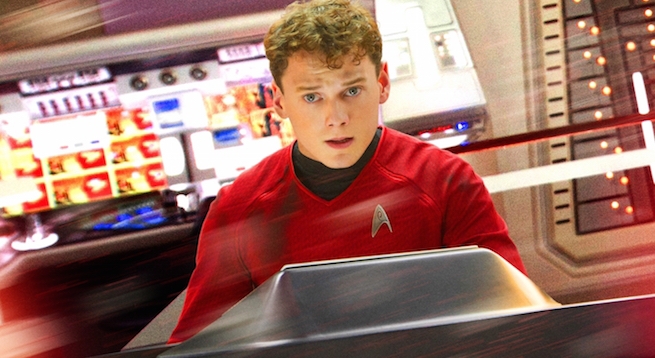 Reports indicate that Yelchin was killed after being pinned between his car and a brick mailbox. The car was in neutral, with the engine running, when he was found. The driveway on the property is apparently on a steep incline.


No foul play is suspected, and it's unclear why the actor got out of the car.

Besides three Star Trek movies (including the forthcoming Star Trek Beyond), Yelchin is best known in fanboy circles for his roles in Terminator Salvation, The Smurfs, and Alpha Dog. The actor also played the title roles in Huff and Charlie Bartlett.

Yelchin was born in the USSR and moved to the United States in 1989 after his parents were relocated as political refugees. His parents, Irina (née Korina) and Viktor Yelchin, were pair figure skaters who were stars of the Leningrad Ice Ballet for 15 years. They apparently qualified for the 1972 Olympics but Soviet Union did not permit them to participate. They both remain involved in figure skating as coaches and trainers. Yelchin's uncle is the children's author and painter Eugene Yelchin.

Yelchin's career started in the '90s, although he didn't find widespread acclaim until 2006's Alpha Dog, in which he played the victim of a kidnap-and-murder plot based loosely on a true story. He's also appeared in the horror films Fright Night and Odd Thomas. He has a number of projects in production or post-production as of this writing, including Trollhunters, We Don't Belong Here, and the pilot to Mr. Mercedes, a planned TV adaptation of Stephen King's novel of the same name.
1 · Share on FacebookShare on Twitter
«12»