The Terror Wave of the '70s

janklow god's lonely man.Members, Moderators Posts: 8,613 Regulator
July 2016 in The Social Lounge
Before you go rushing off to declare we're in a civil war...

"Civil war"? This is absurd.

Look: I'm not going to try to tell you we're living through a joyful time of harmony. The country does appear to be more violent now than it was two years ago, and it's not hard to imagine ways that things could get still worse. Everyone has their go-to narratives in times of apocalyptic anxiety, and mine tends to be "Have a little historical perspective. We've been through much harder times in the not-so-distant past, and the long-term trends show a world that's mostly getting better." But go-to narratives can be a crutch, and the fact is that a lot of things really do look pretty bleak at the moment. Some of the phantoms that have frightened people for years are actually manifesting now. It's not crazy at all to worry about where we're heading.

But yesterday's violence was not a clash between two great forces. It was a shooter firing into a crowd that had been marked—and, in the chaos, continued to be marked—by cooperation rather than conflict between the cops and protesters. The killer may well have seen himself as the vanguard of an uprising, but as best as we can tell right now, his army consists of approximately one person. (*) This was not a battle, a riot, or a siege. It was a spasm.

And yes, it's unnerving to have this come so soon after the assaults in Orlando and San Bernardino. But at the risk of falling back into my go-to narrative: We've seen worse. Not just during the actual Civil War evoked by that Post headline, but in my lifetime. In the 1970s—a decade often remembered as the calm after the stormy '60s—America saw a long wave of bombings and shootings by self-styled guerrillas. 1975, a year the FBI blamed 89 domestic bombings on terrorists, wrapped up with a still-unsolved explosion at LaGuardia Airport two days before New Year's Eve. Eleven people were killed by the bomb, and another 74 were seriously injured. Here's a radio report from the evening it happened, complete with that hallmark of breaking terror news—the initially inflated body count: 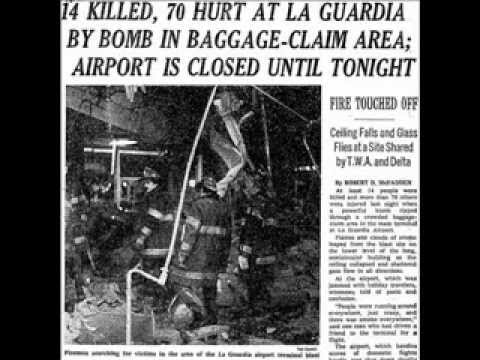 And here, courtesy of the AP, is some footage from the wreckage: 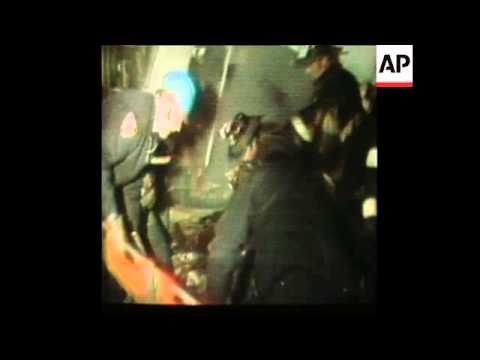 The 1960s and '70s weren't a civil war either—not in the ordinary sense of the phrase—but they still came a lot closer than anything we're undergoing now. So by all means, go ahead and feel bleak today. But try not to let a tabloid's alarmist headline pull you too far into an apocalyptic fever-dream.