Tommy of Martin fame Dead at 52

illestni99ainne I let ur gal suck me off from da back and ur moms giv me cornrows on my crack cuz Im nasty like thatMembers Posts: 5,365 ✭✭✭✭✭
October 2016 in Lights, Camera, Action! 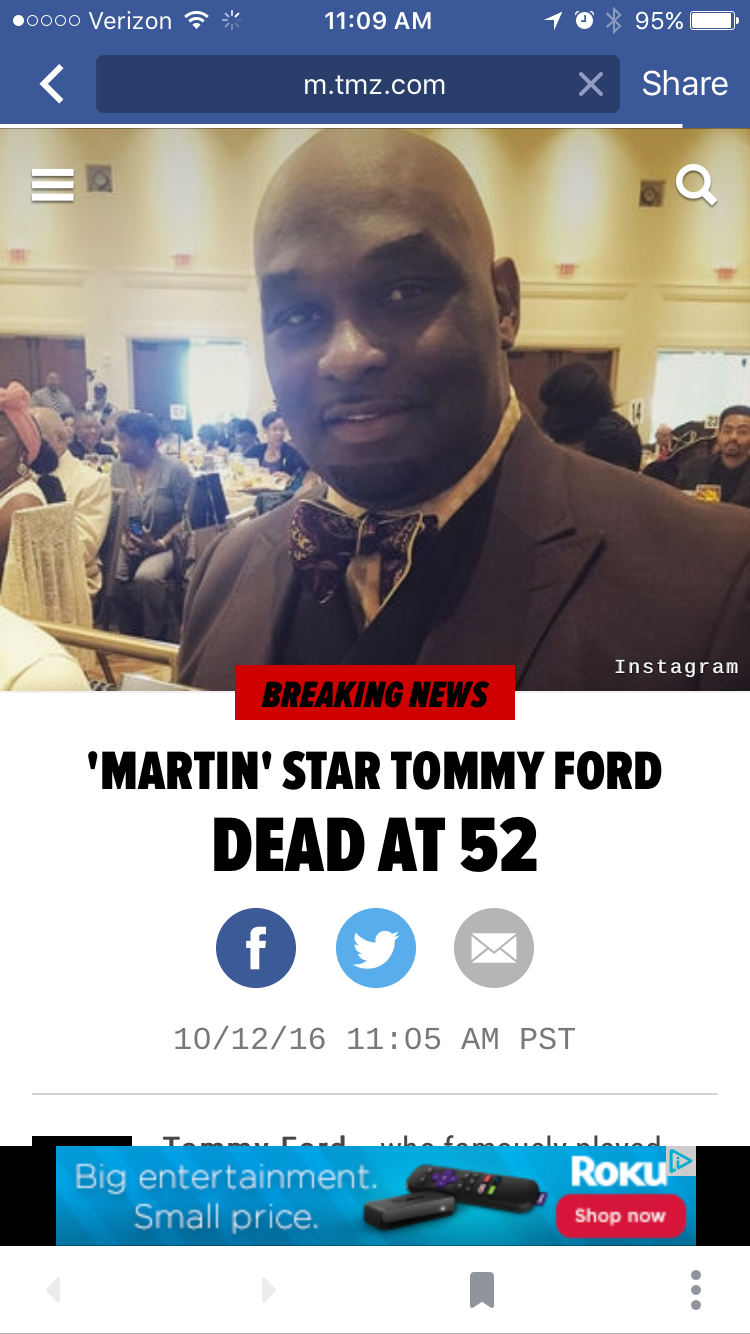 "Thank you all for your prayers but we lost #TommyFord this morning. May 🤬 rest his soul and comfort his family," Anderson tweeted.

52-year-old Ford slipped into a state of unconsciousness Wednesday in an Atlanta hospital after going in for a post-op checkup from a recent knee replacement surgery.

He'd been rehabbing as of late ... according to his social media.

Tommy starred in all 5 seasons of "Martin" as the title character's level-headed best friend, who often played a straight man to Martin's crazy antics.

He also appeared on "New York Undercover," "The Jamie Foxx Show" and "The Parkers."