Big Boi stopped by hip-hop radio station Hot 97 late last week to discuss his newest solo album Boomiverse. He also made a revelation that most music fans would have loved to listen to had it come to fruition.

The Dungeon Family member told hosts Laura Stylez and Peter Rosenberg that Outkast and A Tribe Called Quest was in the midst of creating a collaboration album. However, Phife Dawg’s untimely death changed the course of the plans.

“Q-Tip flew to Atlanta with Ali Shaheed Muhammad, we all met at Dre’s house,” the ATLien said of getting the wheels in motion on A Tribe Called ‘Kast, which Andre 3000 mentioned would have been the name of the album during Phife’s memorial service in 2016.

“We got to the point of picking out beats for the album. Then, some kind of way, everybody started doing stuff, and then Phife… you know. It definitely was happening, though.”

Fear not: Big Boi said that he and Phife cut a few tracks when the late-MC visited the recording studio, Stankonia, and exclaimed that he’s hoping to release some time in the future.

Check out his comments around the 8:30 mark. 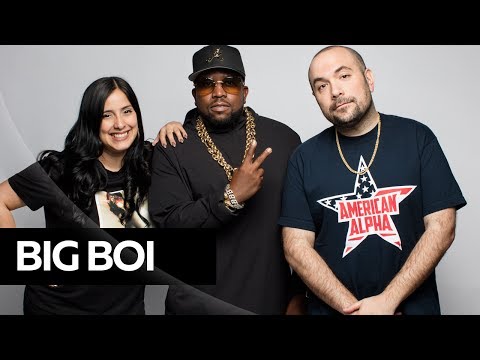