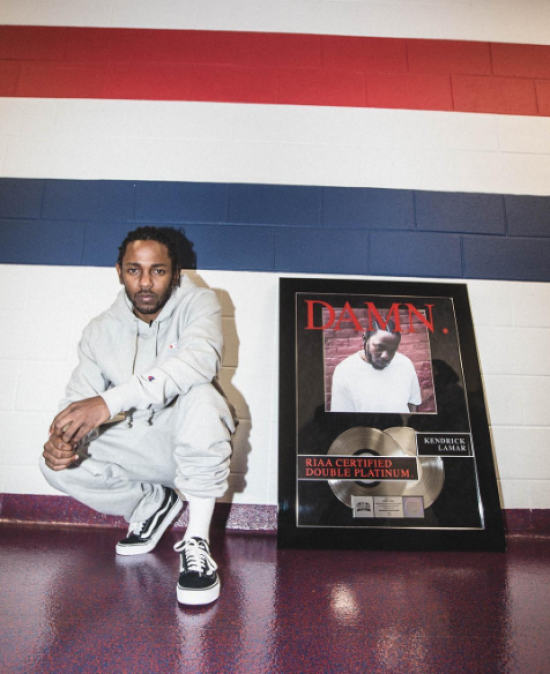 Kendrick Lamar's latest album "DAMN." which was released on April has been certified double platinum by the Recording Industry Association of America. K Dot took to Instagram to make the announcement.
The sales milestone marks the first time the TDE rapper has achieved the feat in his career; he's the first and only artist to be certified double platinum in 2017.
These murals forever belong to my fans. You've always taken my words above and beyond. Around the world and back again. With trust. I am forever grateful. 2x" the Compton rapper wrote to his supporters.
DAMN. was released on April 14 and sold 603,000 units in its first week, marking the highest first-week sales of 2017. It sold another 239,000 units in its second week, and sold 170,000 in its third week.
53 · Share on Facebook
«12»