First noticed by Niko Partners Analyst Daniel Ahmad, the Xbox One X is already on-pace to beat the PS4 Pro on Amazon for 2017, despite the PS4 Pro being on sale for the entirety of the year, vs. the few days since the Xbox One X pre-orders got announced.

Sales success on Amazon US is a pretty good indicator that other retailers are seeing similar figures, and while this still doesn't give us any indication on actual sales figures, it does show that the Xbox One X is off to a roaring start. Reportedly, roughly 20% of current PlayStation 4 sales are of the suped-up "Pro" edition, which powers resolutions above HD, occasionally reaching 4K. The Xbox One X offers 50% more power to help developers hit 4K resolutions more often, while throwing in other graphics enhancements such as improved draw distances, textures, and much more. 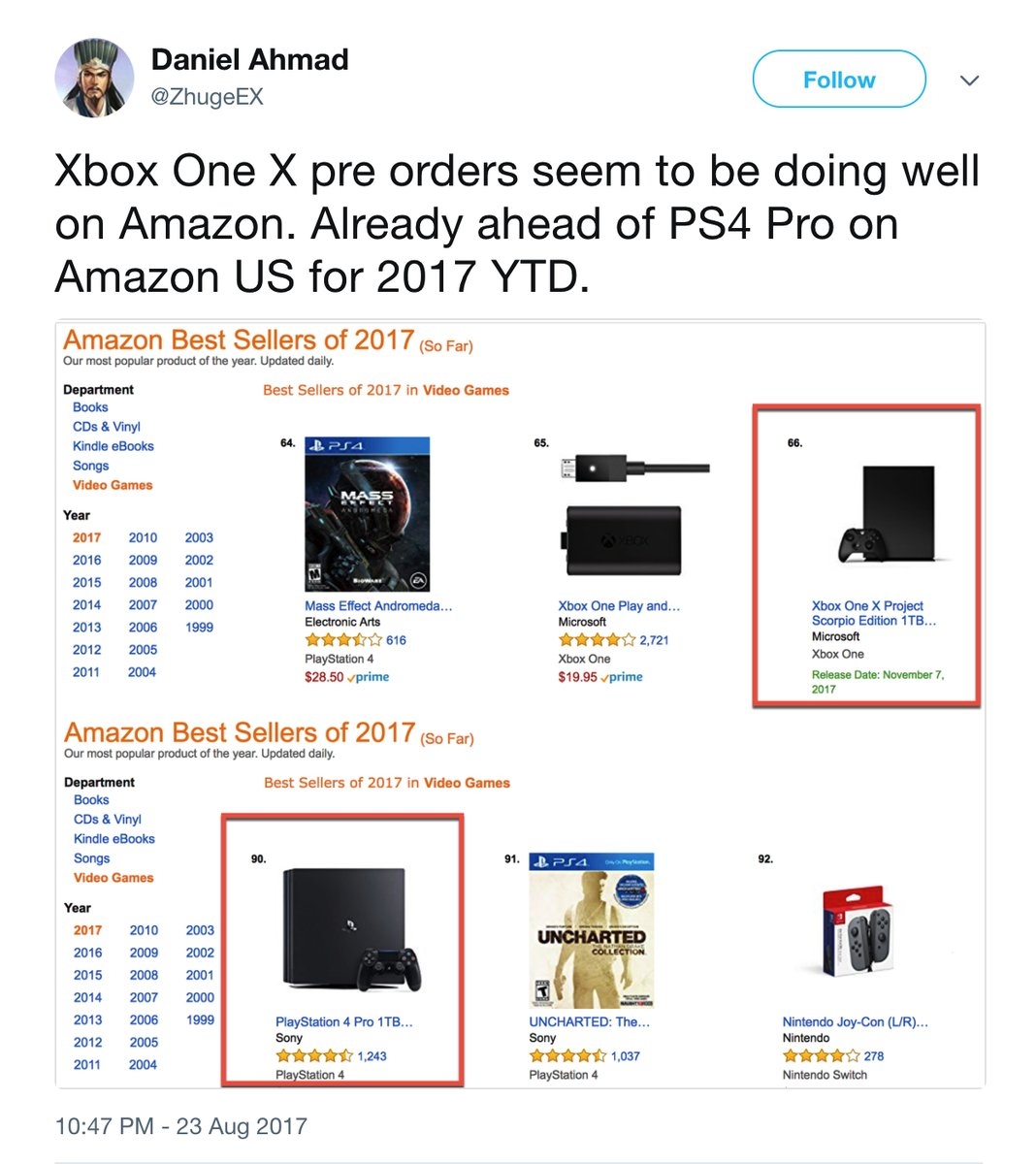