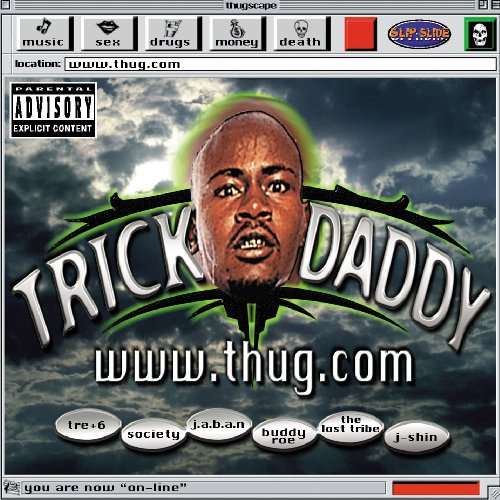 Www.thug.Com (stylized as www.thug.com) is the second studio album by rapper Trick Daddy, who previously released his debut album known at the time under the name as Trick Daddy Dollars coming on the heels of Based on a True Story. It was released on September 22, 1998 by Warlock Records and Slip-n-Slide Records. The album managed to peak at number thirty on the Billboard 200, the fifth-highest peak of any Trick Daddy album. On July 2, 1999, less than a year after its release, the album achieved Gold status. www.thug.com was also the URL of Trick Daddy's official website.