RUSH HOUR 4 MAY FINALLY HAPPEN BUT ON ONE CONDITION 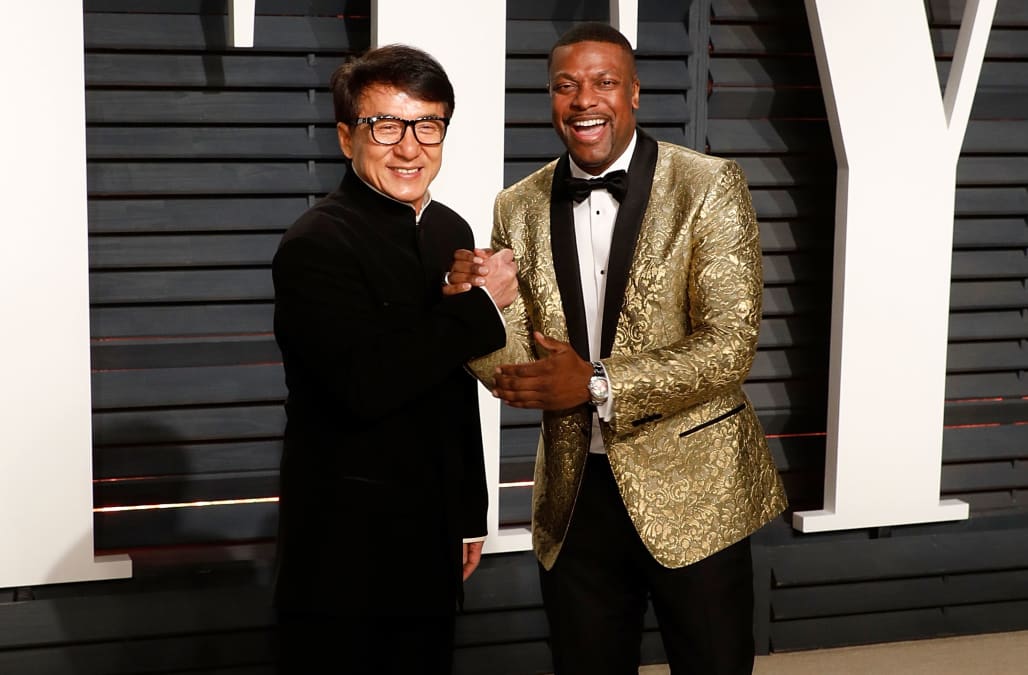 In the realm of buddy cop franchises, one of the most successful properties of the bunch is Rush Hour. Pairing Jackie Chan's quick hands with Chris Tucker's equally quick mouth, the Brett Ratner-directed franchise produced three successful installments -- but has been on ice since 2007 when Rush Hour 3 debuted. That said, there's only one thing holding up the process of getting Rush Hour 4 made: Chris Tucker. Jackie Chan opened up while promoting the upcoming release of The Foreigner, and explained
For the last seven years, we've been turning down the script, turning down the script. Yesterday, we just agreed. The script probably at the end of this month will have a second draft, and next year, probably [we will] start, I hope, if Chris Tucker agrees.
So it looks like the framework is already in place for Lee and Carter to go off on yet another adventure. Jackie Chan is interested in making it happen, and a script worthy of his return is on the verge of being turned in for a second draft. Now it's really just a matter of getting Chris Tucker to agree to come back to the series, and then they will be good to go.

The importance of having the original ingredients back in place cannot be overstated. As some of you may already know, the Rush Hour franchise was temporarily revived on television recently -- and the results were less than ideal. Much of the charm of the franchise lies in the very specific dynamic between Chan and Tucker, which means they arguably both need to come back to make this work.
Moreover, it's also a matter of getting Rush Hour 4 made before it becomes physically impossible for them to do so. Jackie Chan continued during his appearance on the Power 106 radio show in Los Angeles and elaborated:

It's not about money. It's about time to make [it]. We're all, like, old men. I told Chris Tucker, 'Before we get old, please, let's do Rush Hour 4.'
He has a point. Although he has remained active as an action star in recent years, Jackie Chan is not getting any younger. At 63-years-old, there's a definite case to be made that the highly-physical action sequences that have come to characterize the Rush Hour series will only get harder over time.