In case you ever wondered about the way (some) correctional officers see their inmates, I lead you no further than to Caddo Parish, La., Sheriff Steve Prator, who is ranting and raging mad about new criminal-justice reform laws that will go into effect next month—because it will mean getting rid of cheap labor.

But don’t take my word for it, hear them come from Prator’s own mouth.

According to KSLA, Prator expressed his “concerns” about the Justice Reinvestment Act, scheduled to go into effect next month, because it would provide for the early release of thousands of inmates across the state, including 192 felons in Caddo Parish in the first wave, or so he says.

“There’s ways and things that need to be reformed on the criminal-justice system, but certainly we don’t need to do what we’re about to do,” said Prator.

The Justice Reinvestment Act is made up of 10 bills that were passed by the state Legislature and then signed by Gov. John Bel Edwards in June, in the hopes of changing Louisiana’s reputation as the most-imprisoned state in the country.

It is the hope that the act will reduce the state’s prison population by 10-12 percent and save some $262 million over the next 10 years.

To Prator, it’s all a waste.

“Simply put, the state of Louisiana is risking our safety for bragging rights and to save money,” he said.

But Prator later would show his whole ass, showing that he really doesn’t care about safety or bragging rights. He is concerned, it would seem, about saving money, but only in the form of cheap or free labor.

“The [prisoners] that you can work, the ones that can pick up trash, the work-release programs—but guess what? Those are the ones that they’re releasing!” Prator fumed in a video clip tweeted out by Shaun King. “In addition to the bad ones… they’re releasing some good ones that we use every day to wash cars, to change the oil in our cars, to cook in the kitchen, to do all that where we save money, well, they’re going to let them out!” 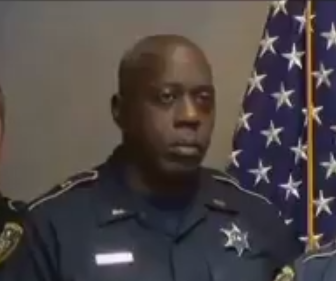