Young_Chitlin YCN Chief/FCC Member/#RedVelvetSquad Member/IC Task Force GeneralASUville, PhoenixMembers Posts: 23,852 ✭✭✭✭✭
October 2017 in Fashion Forward
To celebrate Curry's second title in three seasons, Under Armour is releasing an elaborate "Champ Pack" featuring the shoes worn during each Warriors win. The white and gold version was worn during Games 1, 2 and 5, and the black and white edition was worn for the Warriors' Game 3 win on the road.

"What a difference a year makes," Curry wrote in the letter included with the shoes. "This Curry 4 is symbolic of that moment when we reclaimed what was ours. It was refreshing to hold up that Finals trophy on Warriors ground."

The pack, priced at $400, comes equipped with plush slip bags for each shoe, the rolled letter from Curry and a matching pair of socks for each pair. Curry is expected to switch into several colorways of the Curry 4 during the season.

"It was designed from the ground up with Steph in mind," said Kort Neumann, Under Armour's senior footwear designer. "He wanted continuity. He wanted a seamless fit between his foot and the shoe." 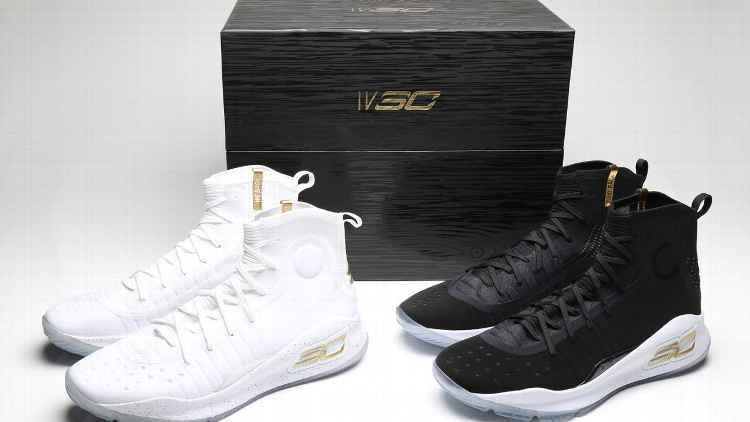