The Intercept just published a deep dive that details Trump and CIA director Mike Pompeo’s efforts to build their own spy agency, which would be loyal to the president’s agenda.

Who is alleged to be spearheading this idea? Blackwater founder Erik Prince and, wait for it, 1980s superstar paper shredder Oliver North. Yeah, the Contragate guy.

A spy agency that reports directly to Donald Trump run by two of the most secretive men on the planet. What could possibly go wrong?

Now, it must be noted, this information is based on one report and The Intercept goes out of their way to state that this is far from a done deal.

The reasoning behind the possible creation of this backchannel spy agency? It’s enough to make one’s face permanently distort into something that could only be described as “existential nausea.” The agency would be cooked up to battle “deep state” enemies of the Trump administration.

“Pompeo can’t trust the CIA bureaucracy, so we need to create this thing that reports just directly to him,” said a former senior U.S. intelligence official with knowledge of these proposals. “It is a direct-action arm, totally off the books.”

“The whole point is this is supposed to report to the president and Pompeo directly.”

Before we get too worked up, imagining life in an Alex Jones-inspired hellscape where we are forced to choke down overpriced horse pills at gunpoint, it must be reiterated that White House officials have denied this report.

“I can find no evidence that this ever came to the attention of anyone at the NSC or [White House] at all,” wrote Michael N. Anton, a spokesperson for the National Security Council. “The White House does not and would not support such a proposal.”

Other intelligence officials, however, have contradicted Anton, stating that there have been several meetings on the matter with high ranking White House personnel, including Vice President Mike Pence. 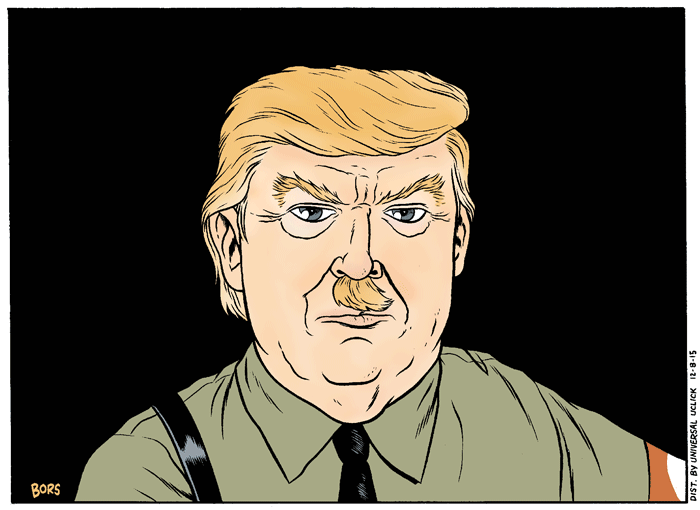