MistyKnight YtDemonSlayerWakandaMembers Posts: 7,821 ✭✭✭✭✭
December 2017 in For The Grown & Sexy
An Amtrak train traveling from Seattle to Portland, Ore., derailed near a highway overpass in Tacoma on Monday morning, causing at least multiple deaths and injuries, officials there say. 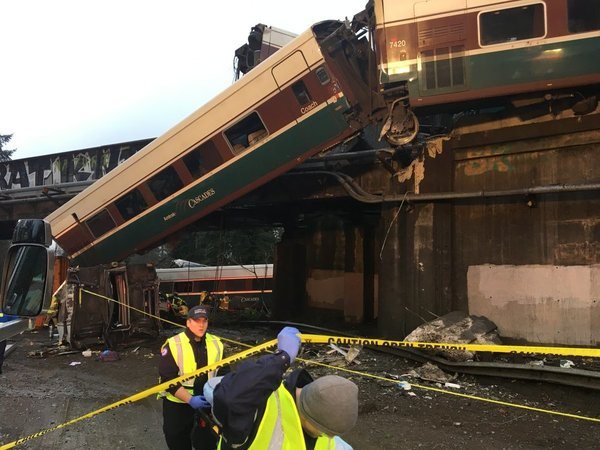