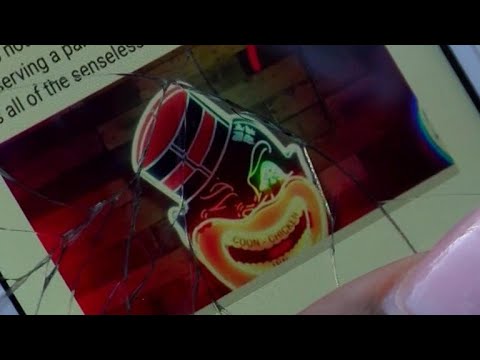 A restaurant in Lubbock, Texas has come under fire in recent days for a racist sign that is hanging up on its wall.

On Thursday, Cook’s Garage responded after a person who attended a Christmas party at the restaurant noticed a neon sign of a black caricature emblazoned with the words “🤬 Chicken Inn.” After the person posted photos of the sign on Facebook, the owners of the restaurant posted the following explanation to its Facebook page:

As you can see above, the restaurant owners contend that they did not mean to offend anyone as the sign was meant to represent “Americana history.” Highlighting that other racist collectibles featuring black caricatures are “highly sought after,” they noted that the Chicken 🤬 Inn was an actual restaurant that existed and that featuring the sign is “preserving a part of history that should remind us all of the senselessness of racial prejudice.”

After the Facebook response from Cook’s Garage went viral and local station WLBT 3 posted a story stating that “some are calling” the sign racist, folks on Twitter reacted.


A ‘commerical’ for 🤬 Chicken Inn was featured in the 2004 mockumentary C.S.A.: The Confederate States of America, a movie that presented an alternate history where the Confederacy won the Civil War. The 2001 movie Ghost World also used a sign from the restaurant as a plot point. 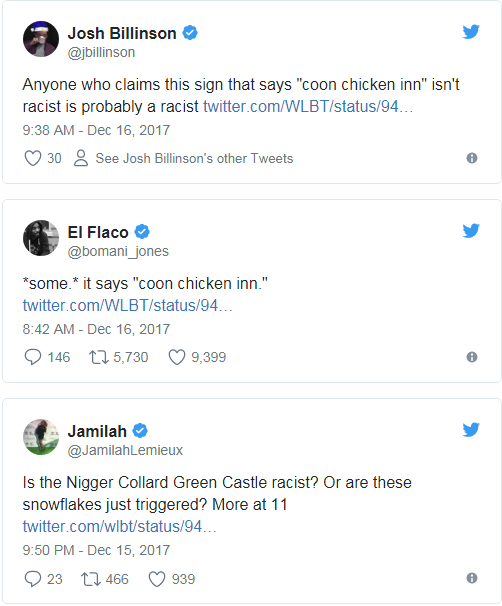 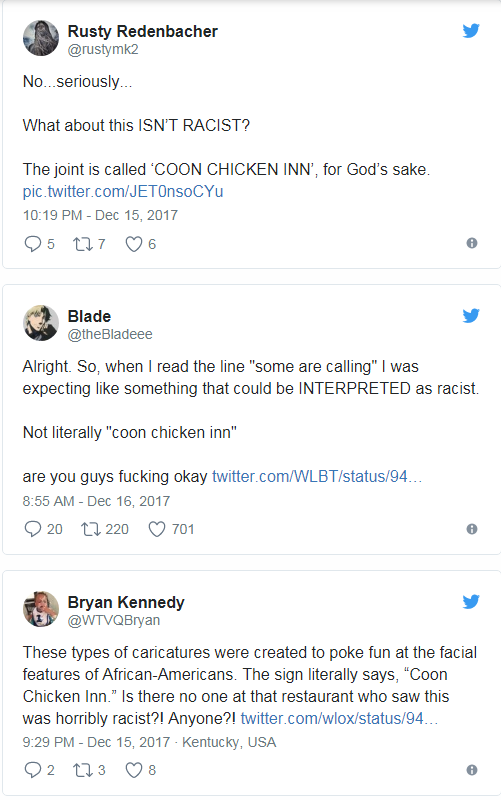