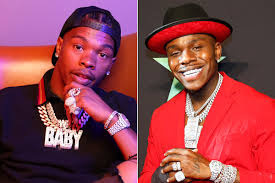 Out of Lil Baby and DaBaby, who's having the better year in 2020?

DaBaby done went from wearing diapers (smh) to being a lot of ladies' fantasy. Bruh went from almost regular fights in public (which he always won), to being a respected name. Give or take that Kanye cosign a few weeks ago, smh...but it looks like he might've bounced back from that.

Lil Baby done went from being another mumble-rap rapper to a known artist dropping heat. Fam went from being clowned cuz of Percs, to surprising everyone and literally dropping The Bigger Picture, showing depth that a lot of folks wouldn't have believed was there...