Billy Corben: Money, Murder, Miami (Director of "🤬 Cowboys" and "The U") 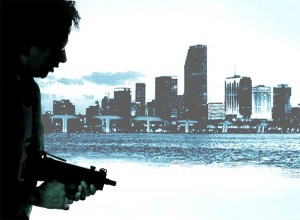 Filmmaker Billy Corben talks with the dizzying enthusiasm of a child prodigy whose mind processes information at light speed. It’s no surprise that his films hum along with that same sense of immediacy and kinetic energy. Such qualities have made 🤬 Cowboys, 🤬 Cowboys 2 and ESPN film’s The U among the most popular documentaries of recent memory. His company, Rakontur,continues in the aggressively entertaining tradition established by those works.

Planet Ill recently sat down with Mr. Corben and discussed his filmmaking style and his vision for Rakontur. His fierce loyalty to South Florida and keen understanding of the fascination the general public has with the seedy side of life was evident. He also displayed a single-minded fearlessness in the way he brings that side of South Florida to the larger public. The world of Billy Corben moves at a breathless pace. Blink and you’ll miss it.

Planet Ill: Tell us a bit about Rakontur. 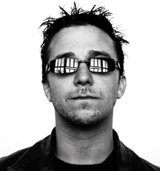 Billy Corben: Rakontur is a Miami Beach based content creation company, so far specializing in non fiction content inspired by where we are, South Florida. Pretty much all of our projects so far have reflected some particular Miami-centric characters and storylines. Almost all of them have some sort of ties to the state of Florida, where we live.

Planet Ill: So you would definitely say that the spirit of South Florida informs your work.

Billy Corben: Positively. There’s no dearth of really exciting, eccentric, crazy, wild, dangerous, sexy, cool, characters and stories that have either never been told before or that are under explored and really deserve to be out there in the public’s eye. What’s so great about the city of Miami and the stories that we tell, it’s an international city, so even though I might sound kind of provincial in terms of what I’m talking about here we have an international city that’s of interest to people all over the world, that people all over the world come to. It’s the kind of city that, you say Miami, before Michael Moore made Roger & Me nobody knew what the f**k Flint Michigan was.