Science versus Religion in the Black Community

KTULU IS BACK Banned Users Posts: 6,617 ✭✭
October 2010 edited November 2010 in R & R (Religion and Race)
1. The black church has lied about its importance in the civil rights struggle.

2. A lot of black people go to church simply to make friends and business connections because it's the only "public square" the black community has developed.

3. Black people don't go into the science fields much because the schools in the inner cities are terrible.

4. Darwin correctly predicted that we would find humanity's origin in Africa because the chimpanzees and gorillas in Africa are the animals most similar to humans.

5. Although religion can be comforting for struggling people, it comes at too high of a cost: the dismissal of rational thought.


^I put those points first in big bold text because I know most of you will simply NEVER sit down and watch four intellectuals talk for an hour even though you'll gladly spend twice that amount of time watching four old jocks talk about teams of men in tight pants clumsily fighting over a ball that isn't even really a ball, so I've summarized the interesting points and if you think it's wise at all to comment on them without hearing them in context, go ahead and do so.


But for the real grown and sexy people, I'm posting this here because the people I'd like to talk to about this particular subject don't go in the Social Lounge. If mods want to move it, knowing that it will then only be read by basically me and two white dudes, I guess that's their call, but then they will only be proving one of the points made in this discussion: black people are afraid of discussing the truth about the black church.

Last month, Howard University hosted a discussion between four distinguished guests. Anthony Pinn is a black theology professor with expertise in liberation theology and humanism. Sikivu Hutchinson has taught urban studies and cultural studies at UCLA and is a prominent black humanist as well as a blogger for the Black Agenda Report website. Todd Stiefel is a Duke grad who runs a pharmaceutical company and he's a nice guy but he's out of his league in this panel, frankly. Richard Dawkins is a world-famous proponent of atheism, a recently retired biology professor, and also happens to have been born in Kenya. 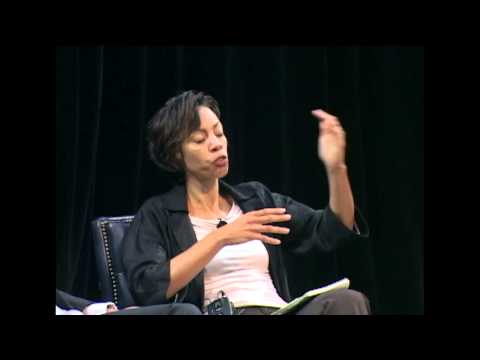