Now peep this video.... Yep, you got it, another gucci video. He's the perfect candidate. 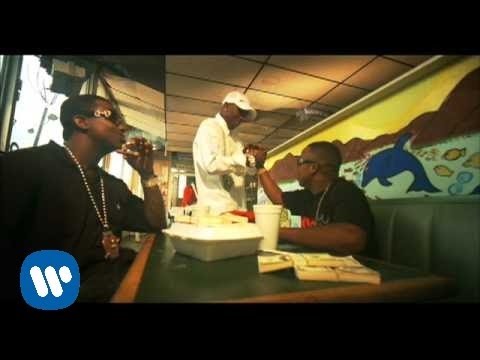 "In those days he was called a House nlgga, and that's what we call them today because we still got some house nlggas." - Malcolm

We're living in the white man's house right now. This is a system built on a foundation of White supremacy, white privilege, white superiority, no matter how you look at it. The Black community is in rough shape, and has been ever since America was founded. This is not be accident, this is done ON PURPOSE. (Most of ya'll already know this of course) But how is it done? People think the only way for the black community over come their tough times is to get themselves right inside of the white man's house. They think that if they living inside with the white man, they gonna BE the white man. In other words, they think the only way to be right is to be white.

I am going to catch alot of hell because uppity black people who got a nice college degree and a blue collar job if going to deny wanting to be white.... but.... You got your degree in the white man's house, you working inside of the white man's house, and you're acting like the white man.... the same man who was doing wrong to blacks and natives and is the reason you were outside slaving in the fields in the first place. So you're becoming the enemy.

The White man: Let's make this clear, I'm talking in figuratives. The White man is the creators and maintainers of this white supremacy built and operated system. You're not the white man just because you got white skin, you're the white man if you're supporting this system or most of all, benefit from this system based on skin color privileges or selling your soul to sleep inside the masters house.

If you're a black entertainer, and you're training other blacks how to be destructive and to keep the black community in shambles... and raising kids to be murderers and search for the quickest route into a prison or to become addicted to drugs sex and money..... you're a House 🤬 .

If you're a black politician running for Office, and the only thing you do is maintain the countries current state of white supremacy while doing nothing to truly free your people, you're a house 🤬 . (Obama)

If you're a black business Owner who turns corporate.... need I say more?

None of these things are liberating for the Black community. They are either distractions or worse.... The American slave trade has gone NOWHERE! We're still slaves, but instead of CHAINS they got BLING! Instead of Whips they got EGOTISTICAL WARFARE! (not having money = not being a man, not having nice cars or clothes = not being hip, not having a nice car or overly big house = loser who aint getting no 🤬 etc etc....)

I see so many black people talking about... "We came so far since slavery, we got black people making millions on tv, becoming president blah blah blah....) MODERN DAY HOUSE NEGROS! We were Gods and Goddesses BEFORE SLAVERY living beautifuly! I know KTulu will come in here with his typical Africa was 🤬 before slavery nonsense, but like always, we'll just ignore him. We will ALWAYS have a fw house negros living it up ON TV and Hollywood because THAT is what HOLLYWOOD is there for!! To confuse and distract us and to make what's not real our reality!!!!

Just like malcolm X said.... if the Black community wanted to rise up and stop this madness and run away from massah!!! They would go up to these house negros up in the holly wood hills on tv and in music videos, and just like the House 🤬 said before... they gon say again. "Why? Why would we want to leave? We got it made! We living in the masters house, living in their same mansions, eating their same food, and spending their same money!" See the connection?

The Field negros are called all sorts of names when pointing out the real situation. "Haters, Loons, Nutjobs, Tinfoil hatters.... <~~~ These are modern day whips.... to keep us in check. Because from birth, they raise us to be egotistical materialistic robots.

This way of life is not good for Humanity as a whole, and it's definitely not good for the Global Environment. It's coming to an end, whether they want it to or not. You think they spending trillions on space programs because they're just curious about what the moon is made out of? gtfoh.... We got people on this very planet who need serious dire help, drinking water that they bathe in while dead bodies float by and 🤬 ... peep India, I couldn't believe my eyes....

Materialism is coming to an end. For all those working their whole lives so they can obtain or maintain their fancy clothes and shoes and cars..... you're wasting you time and life.... It's meaningless in the end. Wake the 🤬 up, your brothers and sisters need you the most right now. Humanity needs us all! Stop glorifying objects!

People always say, "Hard work" deserves better things, better quality life.... as long as you WORK HARD you deserve it! That's 🤬 . Most of the most evil villains in any movie, book, or reality are HARD WORKERS! Working hard at being evil! Does that make them worthy of what they got? No? Then why does corporate America get a pass? Why does White Supremacy get a pass? Oh, I know why... because they got Hollywood fooling your gullible 🤬 into thinking they're the good guys.

I'm talking to you white people as well, REAL white people, the ones who have been conned into thinking their skin color is all that matters to them. I mean how 🤬 up can one be to turn poor people against eachother? Poor white people creating or joining racist organizations to hate other people who are living just like them. Instead of coming together and fighting the real enemy. That's the biggest most successful distraction we witness today. Even rich white people think they're special. They're not. The people on top are using them as slave handlers, almost the same way they using house negros.

It's like a king who is white and takes all the riches and everything, women riches land everything... and the people who are slaving away to make sure the king gets everything are starting to get 🤬 off and thinking about revolting. Well, the King figured out a way to maintain his thrown by pitting the people against eachother, rather than against him. He made a deal with the people that resemble him... He said, "Look, your white, I'm white, if I lose my throne, it will be a blow to you as well. If you keep those black people from trying to take my things, I'll give you more of my riches than I give them.... I'll give you more food, more homes and more women if you keep me er I mean 'US' on the throne. They're just jealous of what 'us white people' got and they want it for themselves." <~~~~~ This is the tactic they have been using this whole time and we're falling for it. The king does give a 🤬 about what color your skin is... he cares about himself. The DEVIL only cares about himself. So he's going to cause division, confusion and chaos amongst the people so HE CAN REMAIN THEIR 🤬 .

Black people, White people, Asian people, Latin people, ALL people.... let's dethrone this motha 🤬 before he dooms us all!!!
0 · Share on TwitterShare on Facebook
«123»