Kno, Eligh, The Gorillaz and The Cat Empire named in Hillydilly.com's Top 10 of 2010!

Just as the criteria was for songs of the year, exactly can be said about albums of the year. When you talk about your favorite albums of 2010; you have to consider three measurements of criteria:

Replay Value: How many times did you play the album over?

Longevity: How long did the album last before you got sick of it?

Lyric Reciting: The more words you know the more it resonated with you.


While its obvious that lyrical content, subject matter, production, instrumentation and production value all have major contributions to what makes an album top any list. It's these three criteria above that really put things into perspective after you have let these albums sink in over the course of a year. Below are my personal favorite albums of 2010 that had the most spins, lyrics recited and emotional attachment gained from a damn good year of music. 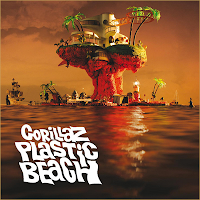 Over the years the Gorillaz have created a mystique about their music. With their progressive production and cartoon character depicted band members, the band has created a fictitious world to accompany their music. Plastic Beach was an album that took time to grow on you. The more you listened to it the easier it became to enjoy the distant place it would take you. The favorites that emerged from Plastic Beach were Superfast Jellyfish w/ De La Soul, Some Kind Of Nature w/ Lou Reed, On Melancholy Hill, Plastic Beach, and Cloud Of Unknowing. Plastic Beach is an conceptual album that takes you out of your comfort zone to only push your own boundaries of what music can sound like. 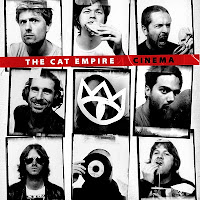 Pound for pound The Cat Empire pack a mean punch that comes in the form of diverse musical talents. They are a collage of sounds and when they come together to make an album it becomes something to remember. Harry Angus (the vocalist with the higher pitch vocals) has one of the best vocal performances in 2010 on Heart Is A Cannibal. If you were lucky enough to see this song live you know exactly what I am talking about. When this album came out in June I said it was their best effort to date and after all this time I am sticking to that statement. Nothing can ever top songs like Two Shoes but it's the cohesiveness to consistent quality on Cinema that pushes it to make this list and be called their best work to date. Favorites include Falling, Feelings Gone, Shoulders, The Heart Is A Cannibal, Call Me Home, On My Way, Only Light and Waiting. 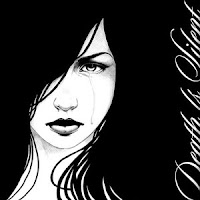 In 2010 Kno of the Cunninlynguists released a solo album that showcased his production skills along with his raps. Anticipation for Death Is Silent was lead with expectations that you knew would be full filled. Kno is a master of his craft and taps into perfection with his beats. His production style is convicting in its ability to capture your mind. It shuts up your mind and tears any focus away from any pointless thoughts. Kno's rapping does not get out shined by the production at all. His raps never faulter or leave you looking for more. Rather than talk about 🤬 we don't care about, Kno has decided to make a concept album about death. Nothing has gone wrong here and there is no reason why this album should not be in your collection. Favorites include Rhythm Of The Rain, La Petite Mort, Spread Your Wings, Graveyard, I Wish I Was Dead, They Told Me, When I Was Young and Not At The End. 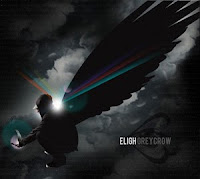 Eligh stepped into the limelight in 2010 by taking his music to new levels with an album that was very impressive. Beauty comes in all shapes and sizes but in Eligh's case it comes in the form of music that is found on Grey Crow. The beauty exudes from the speakers to your ears through Eligh's melodic raps over polished production. Grey Crow is still getting major spins in my ears and will most likely continue on into the new year. Grew Crow will solidify Eligh in 2010 as an artist that should be in the discussion for releasing one of the years best albums across all genres of music. Favorites include Angel Of Death, Reach, Beneath The Sea, Suffocate, Whirlwind, Soul On The Road, Love Ov My Life, Miss Busdriver, When I'm A Dad, Wish I Would and Shine.