Technically speaking, Wii U debuted in 2011. After plenty of leaks, rumors and speculation, Nintendo unveiled the touch-based controller for its new console alongside a basic outline of its intent for the future. The message? While casual gamers were still very much on the publisher's mind, it wanted to recapture the 🤬 market and the types of games that attract that audience.

Nintendo had a great press conference at E3 2011, but many critiqued the company for not answering enough questions. That the publisher intended to only tease its new system, clearly holding huge details for 2012, didn't necessarily matter, largely because its current console was an afterthought in the eyes of many. What about the launch titles? What about pricing? A release date? Online infrastructure? Would the games demonstrated in the sizzle reel really matter in 2012? Would gamers only care about Super Smash Bros. for Wii U, even if it hadn't even started development yet?

The questions outnumbered the answers that were given, and this was compounded by the fact that Nintendo's reveal focused too much on the controller and not the console itself. Toss in a name that was awfully close to its predecessor and the messaging got mixed - many assumed the Wii U was simply an add-on peripheral for Wii. 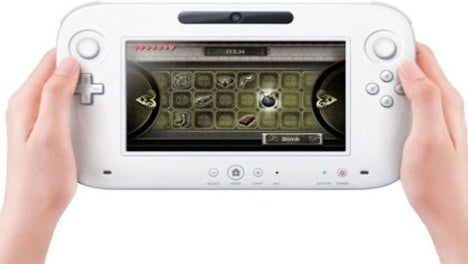 Only showing the Wii U controller at E3 invited unnecessary confusion.

That is why 2012 is in many ways the true debut of the system. What matters most to gamers has nothing to do with what was shown at E3 2011. The 3DS's launch proved lackluster when it failed to offer enough compelling software, failed to secure a reasonable price point, failed to have a full digital strategy and failed to continue to build its library in the months that followed. These are the types of details we need to know about Wii U, and these are the types of details that Nintendo clearly must outline as 2012 rolls onward. Make no mistake about it - the console is coming this year. Nintendo must provide concrete details and, because of the 3DS launch, it might find the public and press a bit more skeptical of its strategy.

Nintendo's challenge is significant then. It must not only lure in casual and 🤬 fans while still appeasing Nintendo fans, but somehow find software, hardware and pricing solutions for all of them. There's little doubt a Nintendo fan would pay a significant premium for new hardware, but would a casual fan? And while a killer Mario title might impress many, the 🤬 fan will likely be more interested if exclusive Call of Duty content is coming to the system.

It's a difficult balancing act, and it's not as though Nintendo is alone in the market. Despite the fact that Wii U is likely to operate "on its own" for at least a year when it comes to the next round of consoles, it's not as if the PlayStation 3 and Xbox 360 are stagnant. Both are in their primes, with fantastic and diverse game concepts supported by developers that are not only familiar with the technology but achieving peak results with the hardware. That's a tough thing for a rookie console to face - remember the first years of the 360 and PS3? Not so hot.

Nintendo has also set high expectations when it comes to launch software. Considering some of the greatest games of all time have launched alongside Nintendo's consoles, there's little doubt why many anticipate great things. Wii debuted with a free piece of software that arguably was the only title many casual fans wanted. Can Wii U find a solution to meet the diverse needs of Nintendo's audiences? Is that solution found in one title? In two? Will third parties provide significant support at launch?

The Nintendo 3DS enjoyed a healthy amount of third party support at launch, but the vast majority of it wasn't noteworthy. It's only now, nearly a year into its lifespan, that we're finally seeing the results of Nintendo's partnerships. The publisher has clearly already reached out to external companies - which is why so much information leaked last spring - but are they convinced Nintendo has the right strategy? Will we have to wait a full year for significant software support outside of first party content? 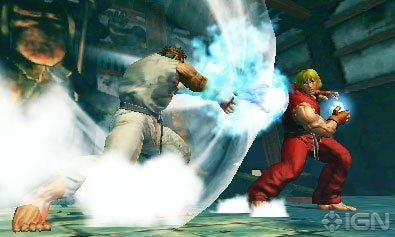