This certainly puts a whole new spin on The Matrix: Revolutions.

Larry Wachowski, the acclaimed Hollywood director responsible for the hit movie franchise has apparently outed himself as a pink-haired 🤬 .

He recently made an unexpected public debut as Lana Wachowski.

Wachowski has been undergoing hormone therapy as part of his sex change treatment for nearly a decade now, according to the Daily Mail (UK).

In a trailer for his latest film, Cloud Atlas, Wachowski says in a soft voice: ‘Hi, I’m Lana.’ It's the first time he has appeared publicly as a woman.

Wachowski's new film, which stars Tom Hanks, Halle Berry, Hugh Grant and Susan Sarandon, is one of the most hotly anticipated of the year.

At the height of The Matrix's popularity, Wachowski left his wife for a 🤬 called Ilsa Strix. Here's hoping he's found happiness since then. 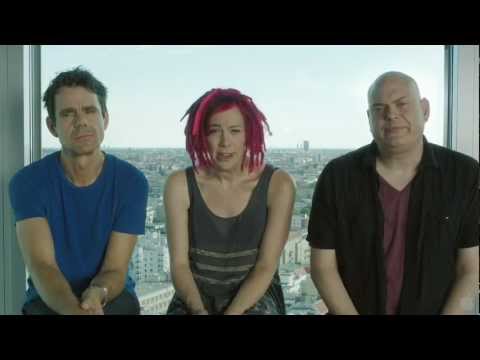