BioWare has revealed the first details for Dragon Age III: Inquisition. During a panel at the Edmonton Comic and Entertainment Expo this weekend, developers revealed that the fantasy RPG sequel will once again star a human hero, this time with varied backgrounds setting the stage for the direction of their story. Creative Director Mike Laidlaw followed up on Twitter stating that other playable races are possible for future Dragon Age games. 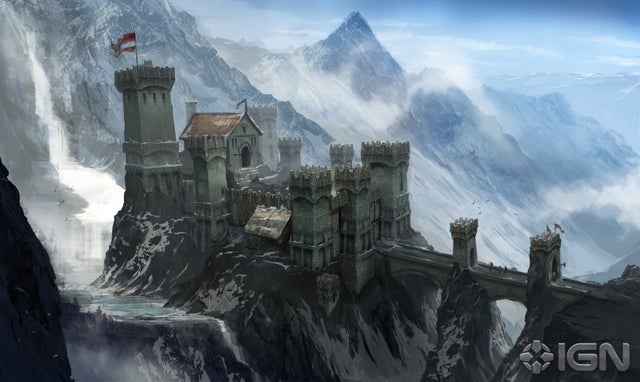 Inquisition aims to be BioWare's biggest Dragon Age yet, with "bigger" customization than Dragon Age: Origins, including options for your followers. Laidlaw confirmed on the panel that players will gain control of an entire castle, as seen in the initial concept art revealing the new visual direction for Dragon Age III. The BioWare panel also reminded attendees that series writer David Gaider will return to pen Inquisition, and that one level of Dragon Age III exceeds the size of all of Dragon Age II's stages. BioWare is currently investigating new ways to carry choices from past games into Dragon Age III without directly transferring save data, too.

Oh, and Laidlaw not-so-subtly suggested Flemeth will be back, perhaps alongside past Dragon Age protagonists.

Inquisition has spent the most time incubating in pre-production of all BioWare's games, and it begins production shortly. It will be the first BioWare game to run on the Frostbite 2 Engine. Dragon Age III will release in Fall 2013.
0 · Share on TwitterShare on Facebook