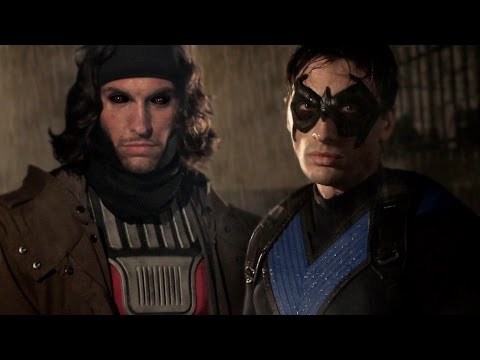 This video is some 🤬 🤬 but it is a reference point.

Gambit should beat nightwing with ease. He has far greater agility, his power set allows him to play a distance game with nightwing.