Mr. Nice Guy: Kanye West Gets Chummy With French Paparazzi & Woman Who Has No Idea Who He Is

king mocha Members Posts: 1,348 ✭✭✭✭✭
September 2013 in The Reason
A trip to Paris has apparently done wonders regarding Kanye West's icy relationship with the paparazzi.

As West exited his vehicle Sunday he actually had a nice conversation with a paparrazo. Yeezy asked the photographer not to speak to him and then began to talk about how the French paparazzi is respectful as compared to their American counterparts.

He then shook the pap's hand.

A woman happened to be walking by and wondered what all the fuss was about. She asked the photographer who West was.
The rapper then introduced himself to her.

"I'm Kanye," West told her, as he introduced himself and shook her hand. 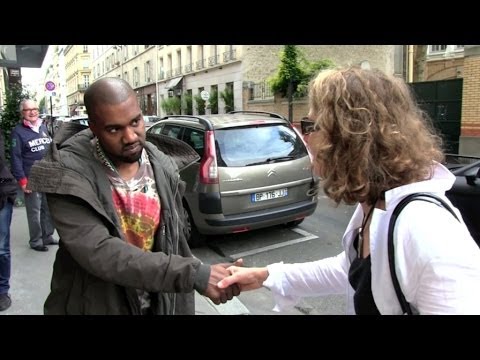