themadlionsfan Members Posts: 9,134 ✭✭✭✭✭
November 2013 in IllGaming
New RPG Toukiden Gets Western Release Date
The Age of Demons is near.
by Colin Moriarty NOVEMBER 27, 2013
SUBMIT TWEET SHARE +1 SHARE
A slew of RPGs have been coming to Vita lately (and even more have been announced), and you can add Toukiden: The Age of Demons to the list.

Toukiden, which was confirmed to be coming west several months ago after selling nearly half a million units in Japan, will launch on February 11, 2014 in North America, and will be available both at retail and digitally. Its released date in other western territories still hasn’t been confirmed. 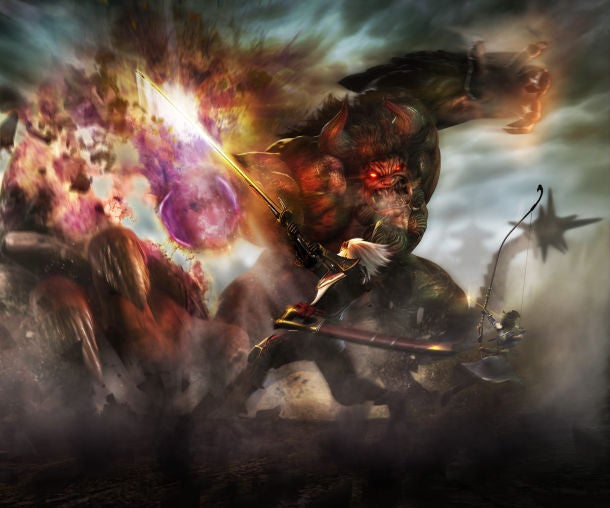 The Age of Demons takes place during “various historical periods of Japan,” pitting humans in an all-out war against evil demons called Oni. Players control a character known only as the Slayer as he attempts to put down humanity’s existential threat. It’s developed by Omega Force, the studio behind the Dynasty Warriors series, and is a third-person action RPG in the style of Monster Hunter and its various clones.

We’ll have more on Toukiden: The Age of Demons soon here on IGN, culminating with our full review early next year.
0 · Share on FacebookShare on Twitter