the main character in Art of Fighting, and one of the main characters in The King of Fighters, both fighting game series from SNK. His name is most often written in kana, however, in some games kanji is used to write parts of his name (坂崎 亮, Sakazaki Ryō). He earned the nickname, "The Invincible Dragon" (無敵の龍, Muteki no Ryu).
vs.
Ryu 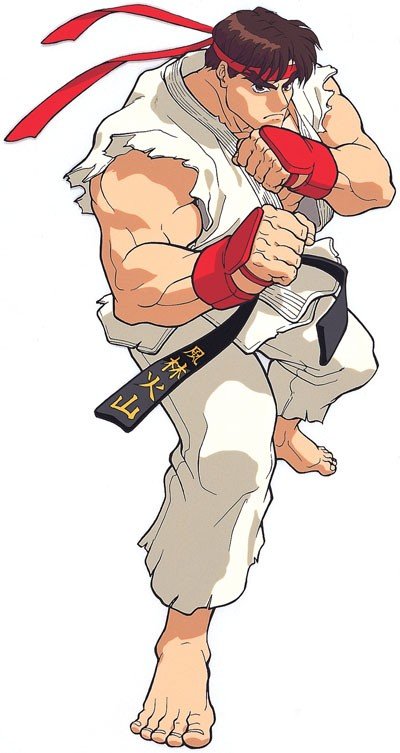 Haven't done this in a while