Baltimore To Implement One Of The Toughest U.S. Youth Curfews 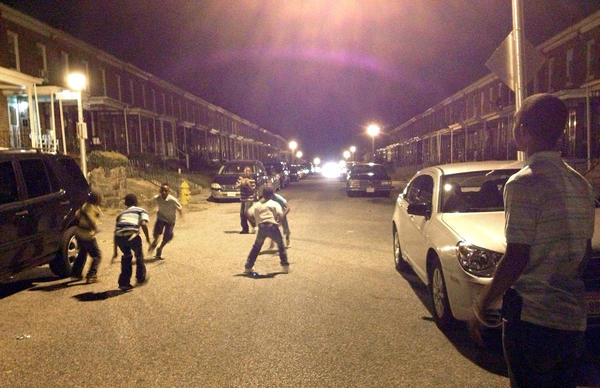 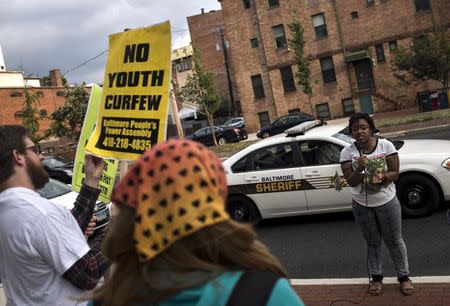 (Reuters) - City officials in crime-ridden Baltimore on Tuesday defended plans for one of the toughest U.S. youth curfews against criticism from residents who were skeptical about police enforcement of the new law.
In a forum with residents, Mayor Stephanie Rawlings-Blake said the measure, set to take effect on Aug. 8, was aimed at getting children off the streets before they were put in danger.

"This is not about criminalizing young black children but to reach them before the only option for them is law enforcement," the mayor told the crowd of about 100 people.

Police Commissioner Anthony Batts said he had sometimes come across children riding bicycles across the city at 3 a.m. When the parents were contacted, they had no idea where their children were, he said.

"They should not be out there, and you should be honest about that," Batts said.

The new curfew in Baltimore, the setting for such gritty television police dramas as "The Wire", will make it a violation for a youth under 14 to be outside their homes after 9 p.m. year-round. Those aged 14 to 16 would be banned from being outside on school nights after 10 p.m. and on other nights after 11 p.m.

Police could take violators to a curfew center, where they and the parents will have access to social services. Parents would have to take city-approved counseling classes and could face a $500 fine for repeat violations, up from the previous $300.

Children younger than 17 can now stay out until 11 on weeknights and until midnight on weekends.

Many residents at the forum said they opposed the law because police officers were often overly aggressive and failed to investigate crimes.

One man told the mayor: "Youth are a ticking time bomb". He said parents would put their low-wage jobs at risk if they had to leave to pick up their children at a curfew center.

Mayor Rawlings-Blake replied: "Once you decide to be a parent you are a parent 24 hours a day, and when you have difficulties you cannot cast off your responsibility."

The forum at the University of Baltimore Law School was sometimes interrupted by shouts from the crowd. When the session ended, members of a leftist group, Fight Imperialism Stand Together, shouted obscenities and chanted: "No new curfew".

FBI statistics for 2012 show Baltimore, which has about 625,000 people, almost two-thirds of them black, had one of the highest rates of violent crime of any U.S. city, with 218 murders. But there are signs that crime is starting to fall. The mayor's office said homicides for the year so far totaled 116, down 14 percent from the same period last year.

The American Civil Liberties Union, as well as the Fraternal Order of Police, have argued that the tougher curfew will be ineffective and burdens police officers who are given few guidelines about how to enforce it.

The ACLU of Maryland said in a statement that the curfew was more likely to entangle young people in the criminal justice system.

Baltimore is among many U.S. cities with curfews. The U.S. Conference of Mayors reported in 1997 that 80 percent of 347 cities surveyed had nighttime youth curfews.

A 2011 University of California-Berkeley analysis of FBI data showed arrests of youths affected by curfew restrictions fell 15 percent in the first year and about 10 percent in following years.