Luciferianism is a belief system that includes both theistic and secular denominations, and is therefore heavily influenced by personal perspectives and experiences. Considered by many to be a religion and by some to be a philosophy or way of life, Luciferianism as a whole has no specific dogma to which its “followers” adhere. Rather, it is a deeply personal outlook with numerous variations ranging from the veneration of a literal deity and the practice of occultism to a secular set of principles, using mythological references as a form of symbolism and cultural tradition.

'Lucifer' (Latin: literally meaning 'light bearing') has not always been associated with the fallen angel, Satan. Originally, it was simply the Roman name of the planet Venus, the 'morning star' that rose just before the sun. ... In Isaiah 14:12, we find the Hebrew phrase, "HeYLeL BeN-ShaCHaR", meaning 'bright son of the morning/dawn' (i.e. 'bright/glowing morning star'). In the Greek version of the Old Testament (the Septuagint), this was translated as 'Phosphorus' (the Greek name of the morning star), and thence translated 'Lucifer' in the Latin Vulgate bible. Isaiah chapter 14 probably condemns the arrogance of the kings of Babylon who considered themselves glorious as the morning star, yet fell to earth. However, due to a confusion of the passages Isaiah 14:12, Luke 10:18 and Revelation 12:7-10, the name 'Lucifer' became applied to the Devil.

For Luciferians, enlightenment is the ultimate goal. They prize the wonders of nature and seek to connect with the natural world and the universe that humans inhabit, in order to move humankind forward, whether it be physically or socially. The basic Luciferian principles highlight truth and freedom of will, worshipping the inner self and one’s ultimate potential. Traditional dogma is shunned as a basis for morality on the grounds that humans should not need deities or fear of eternal punishment to distinguish right from wrong and to do good. All ideas should be tested before being accepted, and even then one should remain skeptical because knowledge and understanding are fluid. 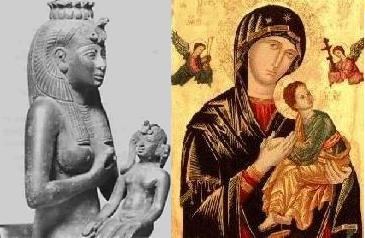 Luciferianism is inextricably linked to the concept of femininity, knowledge, and light. Whereas Abrahamic dogmas have all but completely villainized womanhood by oppressing and painting the female gender as a weak, illogical, and deceitful thing, Luciferianism reveals that femininity is necessary for balance and knowledge.
5 · Share on Facebook
«123456789»