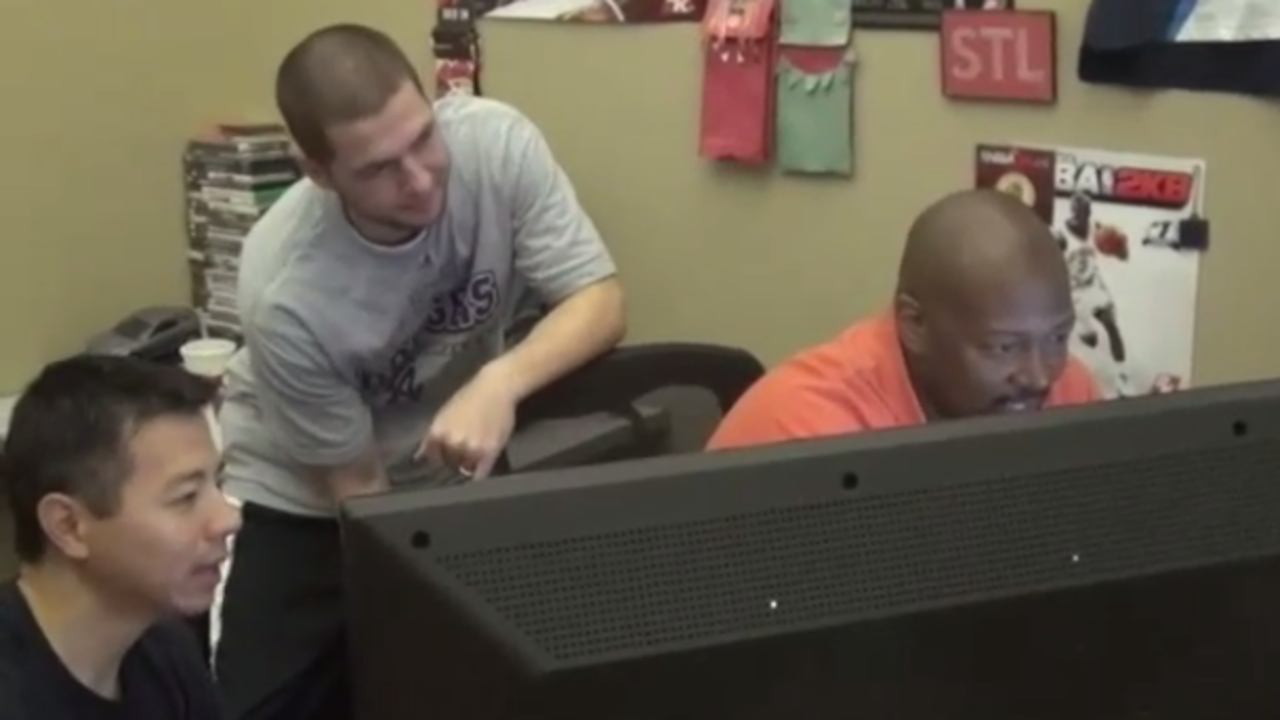 2K Sports' NBA 2K team has lured away one of the designers on NBA Live, a former professional basketball player who parlayed a community advisory role on the series' unreleased 2012 edition into a full-time job.

Good Game Bro reported both the departure of Scott O'Gallagher, (above, center) an associate designer, back in June and now confirmation that he has joined 2K Sports.

O'Gallagher was visibly part of NBA Live 14's development, troubled though it may have been. He frequently conducted developer videos and streaming sessions during NBA Live 14's launch and helped lead the messaging campaign for an omnibus update that helped correct a number of major deficiencies, though it came three months after release.

O'Gallagher, who played for Warner Pacific College in Oregon (a Division II university) and later in Macedonia, Australia and Turkey, moved to EA Sports Tiburon in Orlando, Fla. from New Zealand in 2013 to join Live's development.

2K Sports is developed by Visual Concepts, which is based in Novato, Calif.

This isn't the first time developers have switched rivals. Mike 🤬 , (above, left) a senior games designer on NBA 2K9, left for EA Sports in 2009 to make NBA Live 10, then developed in Vancouver. 🤬 was a very visible persona in that game's community outreach. He immediately switched back in time for NBA 2K11, in the same year NBA Elite 11 imploded and was pulled out of warehouses a week before it was due to release. 🤬 's movement at the time was said to be due to creative differences in the direction of the NBA Live franchise, which completely overhauled as NBA Elite 11 before blowing up on the launch pad.

O'Gallagher, a point guard, played professionally most recently in New Zealand in 2011. He set 10 school records at his college alma mater, and in his career in Bulgaria's professional league is that country's all-time leading scorer. He was Oregon's top schoolboy scorer as a senior in 2003.

(Update): Perhaps not coincidentally, right after this story was published, Visual Concepts' Instagram account put out this short video of the NBA 2K team in crunch (pictured above). That's O'Gallagher (center) next to 🤬 (left.)
0 · Share on TwitterShare on Facebook