bkkbully around the wayMembers Posts: 2,221 ✭✭✭✭✭
August 2014 in For The Grown & Sexy 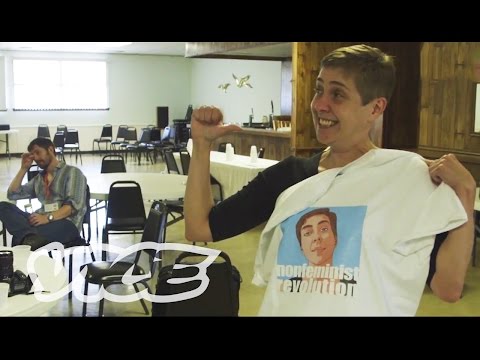 It was just after she’d had her first child that Janet Bloomfield realized she didn’t want to go back to work and pay some nanny to raise her kids. She had gone to college to study film theory and assumed, like practically every American woman does, that she would start a career before marrying and having a family, but that wasn’t how things turned out. She met a man, fell in love, and stayed at home.

She didn’t feel ashamed of this decision, nor did she feel denied in any way—a close college friend of hers nicknamed Pixie had wound up in a similar situation when her son was diagnosed with some severe health issues. But other people, especially other women, apparently had a problem with Janet’s choices. She felt that her friends were disdainful of her and thought she was crazy or stupid to rely on a man for her income; they insinuated that her husband would “trade her in for a younger woman,” and that she would wind up broke and abandoned.

Janet and Pixie started writing letters back and forth while Pixie’s son was in intensive care, where Pixie wasn’t allowed to bring her cell phone. They talked about how housewives had fallen out of cultural favor, and about how Janet was a “victim of parental alienation,” as she would later say—her parents had gone through a vicious divorce and her mother had turned her and her three brothers against her father. In October 2012 these paper and ink musings became a blog, JudgyBitch.com, with Janet writing rants and Pixie doing the graphics and maintaining the back end.

As she was starting the website, Janet was searching for answers as to why her peers disliked stay-at-home moms and why her mother had had the power to separate her from her father. She found herself exploring a part of the internet that was full of complicated theories about social hierarchies, propaganda, and gender bias, in the process reading story after story of men being discriminated against in family courts and custody battles. Respect for traditional family structures was waning. The very concept of the family, in fact, was now regarded as a means by which men oppress women.

As she read more, disparate threads started clicking together—all these things were the result of a systematic vilification of the male gender. The misinformation, the lies, the poison, it all came back to radical feminism. Even her film-theory courses had taught her to watch movies through a feminist filter. She gradually acquired a set of beliefs with the help of a loosely organized online community of thinkers and writers called the Men’s Rights Movement (MRM).