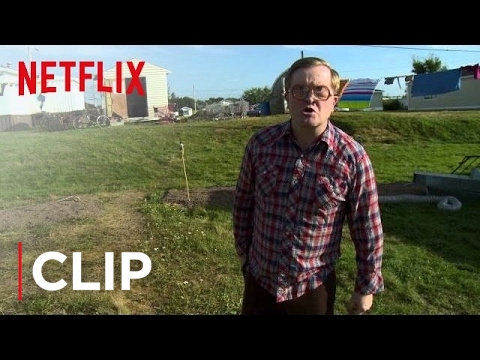 On July 4, 2013, it was announced that Tremblay, Wells and Smith acquired the rights to Trailer Park Boys and confirmed it would return with an eighth season. Principal production took place from July–September 2013, back on location in an existing mobile home community in Truro, Nova Scotia. In late September 2013, Mike Smith announced on the SwearNet Facebook page that the cast and crew had also returned to the location in September to shoot content for two new specials, that Season 8 had been "rough cut" into ten episodes, and that SwearNet was seeking network deals in addition to its plans to webcast the new material.

On December 27, 2013, Smith confirmed on Twitter that a ninth season will go into production in Spring 2014. Although creator Mike Clattenburg is not involved, he is still an executive producer of the revived series.

On March 5, 2014, Netflix announced that the two new seasons of Trailer Park Boys will air exclusively on their streaming service later this year. In addition to season 8 and 9, the network will also air three specials, Community Service Special, Swearnet Special, Trailer Park Boys Xmas and two new films, Trailer Park Boys 3: Don't Legalize It and Swearnet, after their theatrical release.