Ajackson17 On the shoulders of Giants and Elders in historyUniverseMembers Posts: 22,501 ✭✭✭✭✭
November 2015 edited November 2015 in For The Grown & Sexy
When your hatred for POC outweighs your love for your child.
Just had an infant die that I could've saved,but parents said no n word nurses(@FierceFemtiv ist)

This is the second time in my career this has happened. Babies whose lives I could've saved, dead bc parents refused n word Nurses(@FierceFemtiv ist)

her tweets are now protected.
so basically, this woman is a PEDS and Trauma nurse. a white couple came in with a dying child but the father (dressed in confederate flag shirt) vehemently refused this woman. he even said he's bash her head in if she touched his kid or even walked into the room. staff tried to reason with him that she was the only qualified person at the moment that could save the child but they refused and the kid died. 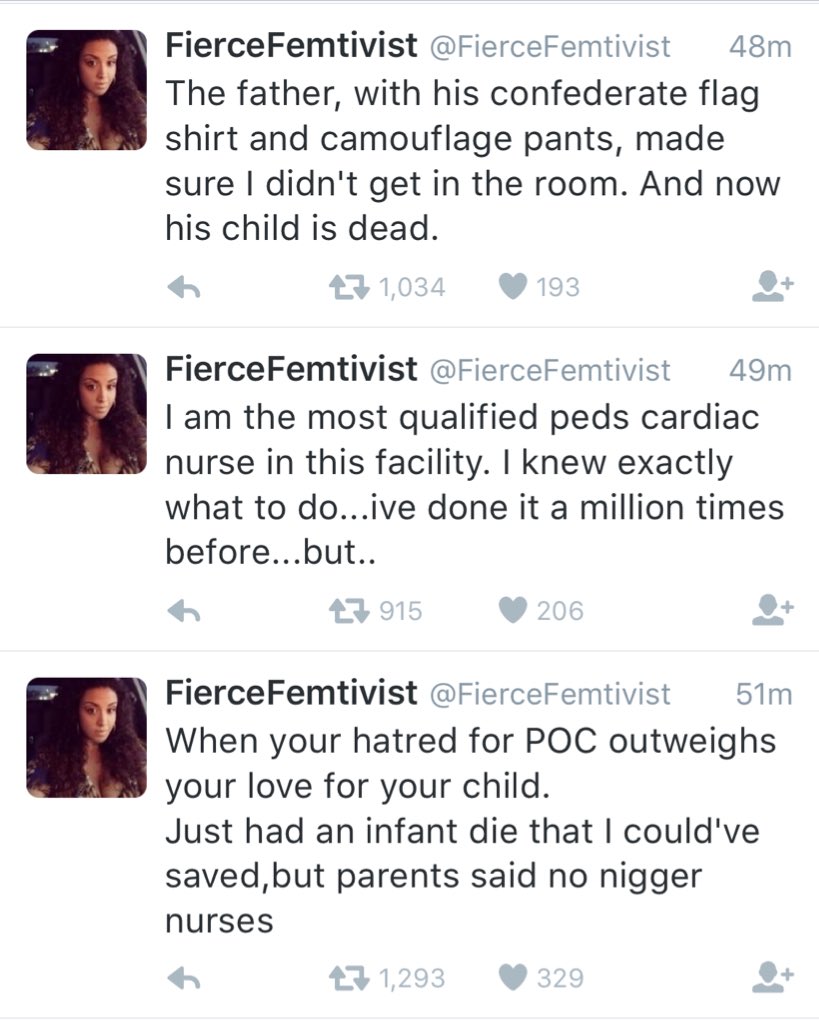