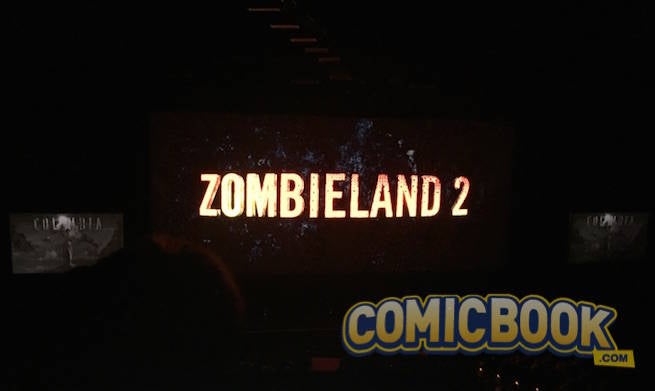 During tonight's presentation at CinemaCon, Sony brought the goods for Zombieland fans who had long since started to wonder whether the long-promised sequel would ever even happen.

The new logo doesn't tell us much -- except that, yes, Sony still has the long-awaited horror-comedy sequel in development. Like the logos for Blade Runner and Bad Boys III, it's basically the classic logo we saw last time...but one number higher.

Reese and Wernick, who worked on the Deadpool screenplay, are attached to the second Zombieland film, as well as Sony's forthcoming adaptation of the board game Life.
3 · Share on TwitterShare on Facebook