Keanu Reeves Will Voice The Titular Kitten In 'Keanu' 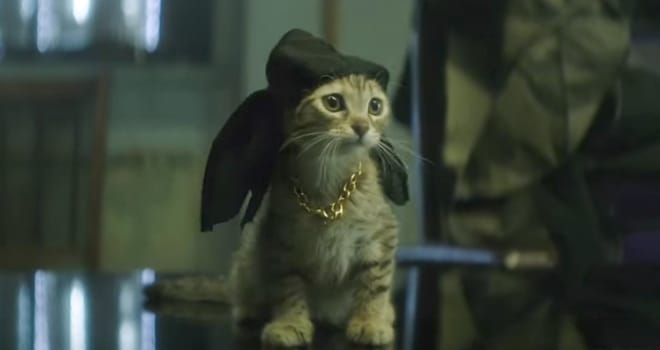 The flick's director, Peter Atencio, spoke with The Los Angeles Times about how filmmakers were able to secure a Reeves appearance in the movie, despite an initial roadblock. Kitten Keanu was indeed named in honor of the actor, and according to Atencio, Key and Peele were eager to get their real-life inspiration involved in some way. Unfortunately, when they reached out to Reeves's reps, they were turned down.

But then the hilarious first trailer dropped earlier this year, and everything changed.

" ... [A]pparently, his sister showed him the trailer and said, 'Hey, you gotta see this. You're gonna love this!,'" the director told the Times. "He flipped out and got in touch with us directly to say 'If there's anything I can do, let's make this work.'"

"Keanu" was close to completion at that point, but Atencio said that the creative team wanted to flesh out a scene where Peele's character is on a drug trip, and hallucinating his kitten talking to him. Enter the perfect scene for Reeves to make his mark.

We can't think of a more perfect way for the actor to get involved with his namesake, and can't wait to hear him in action as the adorable kitten. Check out the rest of Atencio's interview here for some more behind-the-scenes intel about Reeves's involvement, and see "Keanu" when it hits theaters on April 29.
16 · Share on TwitterShare on Facebook