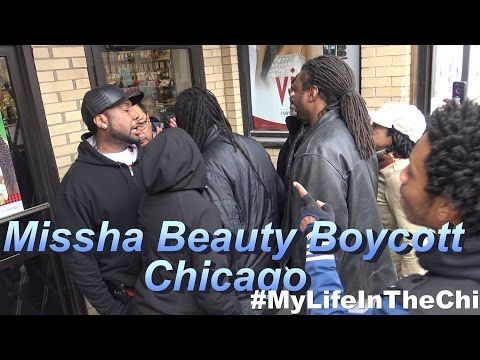 There are calls for a boycott after a suspected shoplifter was kicked and tackled in a viral video from North Carolina, at a store with a Chicago connection.

The Chicago-based owner of the store also owns a store in North Carolina where an altercation between a manager and a customer has drawn the attention of the NAACP.

The video that's gone viral shows the manager, who is Asian, blocking the exit of an African American woman who he has accused of shoplifting. The scuffle quickly escalates, punches are thrown, and the manager brings the woman to the ground.

The manager wraps his arm around her head and neck for more than 30 seconds. She protests that he's choking her. The manager eventually lets go, and the woman leaves.

After filing a police report, he expressed regret over the encounter.

"I was crazy. No matter what the reason, I feel very sorry to her," Sung 🤬 Lim said.

That answer was not satisfying to protesters in Chicago.

"Stay out of here. Shut it down. Since they feel that way, that's the way we feel. Close it up," said James Thomas, boycotter.

Charlotte police have not arrested or charged the woman with shoplifting, but the store's owner said he's given police surveillance video showing her stealing several items. He said that manager has offered to resign, but the owner has not accepted that resignation.